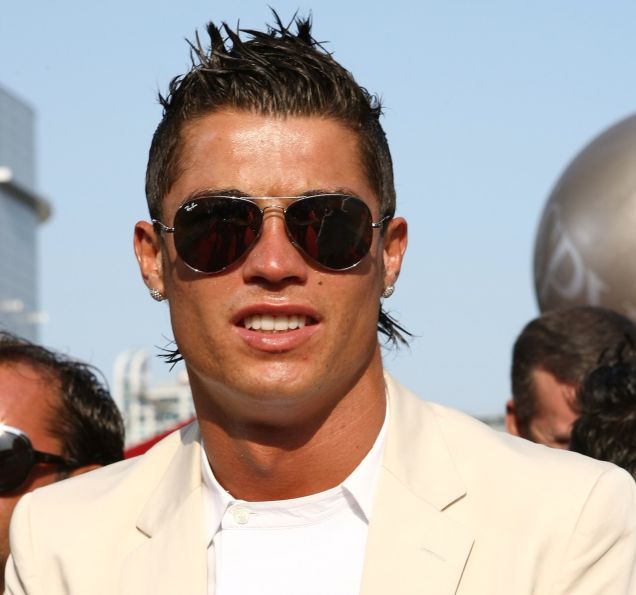 Surprise, surprise. There are more whispers and rumors linking MLS with another aging star—in this case, Cristiano Ronaldo. And while the MLS- and Ronaldo-friendly version of events doesn’t make too much sense on its face, it’s not to hard to reverse engineer what’s most likely going on here. (That it might appeal to league sycophants and gullible fans probably doesn’t hurt, but they don’t seem to be the real audience for all this.)

About a month ago, SI’s Grant Wahl had a report on Ronaldo’s current career plan:

File this one for down the road, but multiple sources tell me that Cristiano Ronaldo’s current plan is to come to MLS after he finishes at Real Madrid, with one source saying he would likely arrive on a free transfer in 2018 once his current contract ends.

Looks Like Cristiano Ronaldo And MLS Are Tugging Each Other Off

Ronaldo would likely be coming off a World Cup and would be 33 years old, older than David Beckham (32) was when he came to MLS but younger than Frank Lampard (37) or Steven Gerrard (35) will be when they arrive this summer. Ronaldo’s main interest lies in cities you’d probably expect: Miami, Los Angeles and New York.
This week, SI had an update on the Ronaldo situation:

You might recall my recent report that Cristiano Ronaldo’s current plan is to join an MLS team when his Real Madrid contract expires in 2018. Well, I’ve learned that Ronaldo has now decided the city where he wants to be: Los Angeles.

It could be the Galaxy or LAFC, and while talks have yet to take place between Ronaldo and any MLS teams, L.A. is Ronaldo’s preferred destination. Meanwhile, I’m told it’s looking more likely every day that LAFC won’t start play until 2018. That means we could see Ronaldo debut for a new team in a new stadium that year.
Uh, hooray?

There are a couple funny things about this whole situation. For one, I don’t buy for a second that Ronaldo—who’s enjoying possibly his best season as his game subtly changes and improves—will leave Europe for MLS while still near the top of his game. Still, he is on that David Beckham path of international superstardom, and probably sees benefits for his brand in being as famous in America as he is everywhere else. I’m quite sure he’ll enjoy a nice long American vacation eventually (he’s been hinting at it for a while now), but not before getting at least one more contract paid in Euros from Real or someone else.

Then why would this information, presumably leaked either by someone on Ronaldo’s side or MLS’s, be floating about right now? That’s the question that points you to what’s likely the real reason any of this is coming up. Ronaldo has been perhaps the biggest star in international sports for years now, enjoying the status that comes along with being the most famous player on the most famous team in the most popular sport. However, he is 30 now, and while the years haven’t yet weighed down his game much if at all, he will, in the nearish future, no longer be the player he currently is.

Not only does he undoubtedly recognize this, but the architect charged with maintaining a foundation for his current employer’s reputation as the best and the most famous does, too. This all has been the subtext to the recent Gareth Bale transfer rumors. Many see the Welshman’s hypothetical return to England as a potential win-win for both parties, but Real’s president, Florentino Pérez, has always been quick to shoot down the idea. He sees the 25-year-old Bale as the future face of the Blancos, the natural successor to Ronaldo.

This is where we can break out the tinfoil hats and try to ascertain the conspiracy behind this whole thing. Ronaldo has to recognize that at some point Real have to plan for Life After CR7. The easiest way to keep pressure on the club is to drum up interest from abroad. For the same reason why Cristiano always talks up his love of Manchester United and refuses to rule out a return that no one believes would actually happen, priming MLS’s interest makes sense as another negotiating ploy to keep Real on their toes. With the threat of possibly hopping the pond in a few years’ time for what would certainly be a staggering amount of money alive, Ronaldo can leverage that interest into an extension and a raise, provided his abilities don’t drop off a cliff.
In this scenario, MLS’s role would be as an outside force helping Ronaldo get a better contract—something they’d probably have no problem doing because of what they also stand to gain from the situation. That the reigning Ballon d’Or winner, in the midst of one of his best seasons, is being mentioned as a transfer target for MLS has to be seen as a coup in their minds, even if it’s not entirely genuine. Plus, doing Ronaldo this solid now would make things smoother when it actually is time to put Cristiano out to pasture in L.A. Ronaldo’s people tickle the league’s pickle a little right now, the league makes Real a little jealous by playing Norma Desmond, batting their eyelashes and fanning themselves with stacks of cash, and when the time comes both parties will be hot and ready when they finally do hop in the sack together.

All of this makes perfect sense. What doesn’t is what this is supposed to signify to current American soccer fans. I’m still not sure why anyone should be all that excited to know that Ronaldo has picked the sun and stars of L.A. as the home for the last and least couple years of his career. It’ll be kind of neat to see a player formerly of his caliber locally, I guess, but this is all still the same strategy of has-beens dancing past never-weres as Americans have had available to them since the glory days of the NASL. Getting hyped up about this is akin to taking joy about some potential brand merger you see coming down the line.

Most likely, Ronaldo will be here by 2021, and he’ll still be better than 99% of the players he shares the pitch with, and the most entertaining soccer available to American fans will still be played on our TV screens, not in our domestic stadiums.