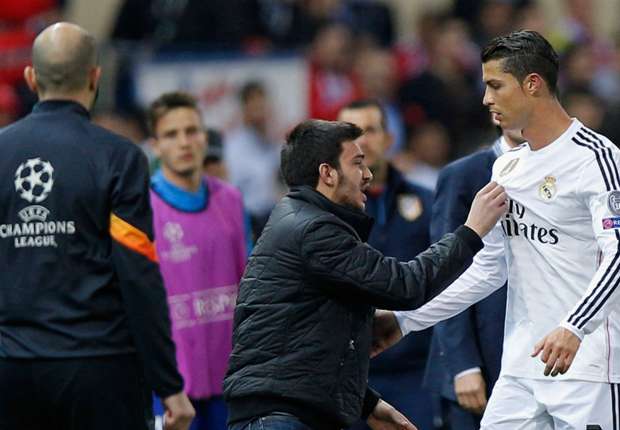 The Spanish champions held their city rivals to a 0-0 draw in the first leg of their quarter-final tie at the Vicente Calderon, but their security operation was questioned after a fan escaped stewards to enter the field of play after the final whistle.

The man reached the side of the pitch and grabbed at the shirt of Ronaldo, who embraced the supporter before security guards arrived to lead the intruder away.
A Uefa statement on Wednesday confirmed the opening of proceedings, adding that Atletico will also be investigated for their “insufficient organisation” in allowing stairways in the stands to be blocked.

The case will be dealt with by the Uefa Control, Ethics and Disciplinary Body on May 21.

Atletico will travel to the Santiago Bernabeu for next Wednesday’s second leg knowing a score draw will be enough to take them through to the semi-finals.