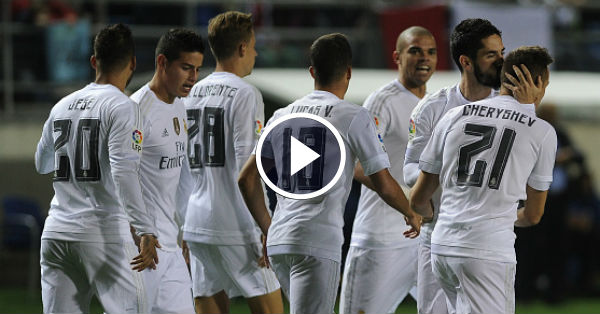 Why Villarreal are not to blame for Denis Cheryshev’s controversy?

Villarreal President Fernando Roig has said that his club is not responsible for Denis Cheryshev’s controversy, following Real Madrid‘s expulsion from the Copa Del Rey.

Real Madrid has been expelled from the Spanish Cup after playing Russian International, who was serving one match suspension, after picking up booking when he was on loan at Villarreal. Fernando Roig suggested that Villarreal cannot held accountable for Real Madrid Copa Del Rey debacle.

“I’m not going to judge Florentino,” the patron said after Villarreal’s 3-2 defeat to Huesca in their Copa last-32 first leg on Thursday.

“We’re only interested if any of our players are banned, not those of other teams.

“When we sign a player who was banned [before he arrived], we care about their situation before they play. “[Tomas] Pina had a two-match ban and [Marcelino] didn’t play him. We didn’t need to be informed.

“I wish Cheryshev was at Villarreal this season, but he isn’t so we’re not responsible.”

According to the statement, Real Madrid had fielded an improper lineup in their 3-1 win over the Cadiz on Wednesday in the first leg of the Copa Del Rey.

The Russian Winger scored the opening goal for Real Madrid, and was substituted at the half time when  Rafa Benitez realized the mistake.

Competition judge Francisco Rubio said in his ruling, that Cheryshev  was informed about his suspension in personal and also notified on his licence.