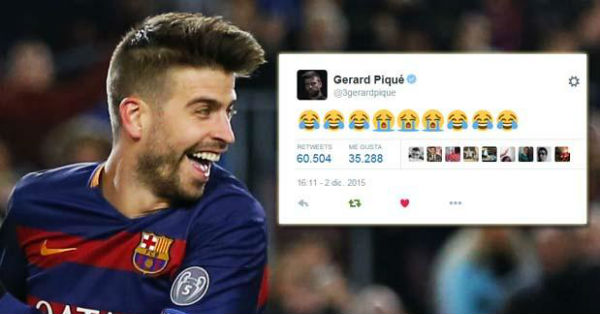 According to the reports, Real Madrid Captain Sergio Ramos called his national teammate Gerard Pique over the tweet making fun of his team, after fielding an ineligible player in their 3-1 over Cadiz in the Copa Del Rey.

Barcelona defender is already not popular among Real Madrid and Spain fans made things even worse for him, by mocking the Rafael Benítez’s side for playing suspended  Denis Cheryshev.  Gerard Pique posted the set of laughing and crying emoji faces.

As per Radio station Onda Cero, Sergio Ramos was not happy with the action of former Manchester United star and called him to ask for explanation over his controversial tweet.

According to Sport,  Gerard Pique replied:

The two players don’t get along very well, and shared the heated exchanges previously, notably back in September.

The Barcelona defender asked  Sergio Ramos to shut up, after he criticized him. Real Madrid has been kicked out of the Copa Del Rey, after the announcement of Spanish Football association on Friday.

Rafa Benitez started Russian International  Cheryshev, who was suspended for the one of Spanish Cup for picking up three yellow last season, while he was on loan at Villarreal.

Real Madrid has argued that they were not notified  about the suspension of Russian winger either by Villarreal or the  RFEF.  Cheryshev, who scored the opening goal for Real Madrid was substituted at the interval by Rafael Benitez, but, damage was already done. As a result, Los Merengues has been kicked out of the Spanish Cup, in his ruling Competition judge Francisco Rubio clarified that player was notified about his suspension.