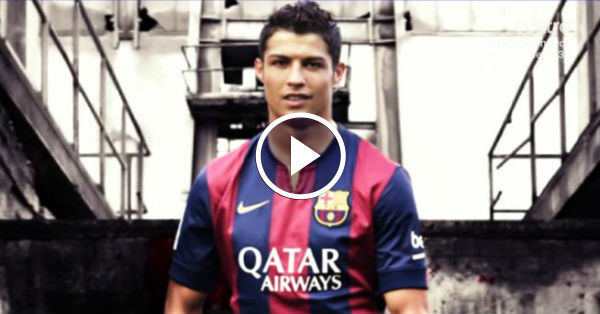 Why Cristiano Ronaldo refused to rule out move to Barcelona?

Real Madrid star Cristiano Ronaldo has refused to rule out move to Barcelona, after admitting he is very happy at Santiago Bernabéu.

The Portuguese International claimed joining Barcelona is nearly impossible, however he believes nothing is certain when it comes to football with emotional return to Manchester United is also a possibility.

The three times Ballon d’Or winner future is already subject of wide spread rumors, with French Champions Paris Saint-Germain and his former club Manchester United are possible destinations. The Red Devils side which crushed out of the Champions League, after losing to Wolfsburg, will turn their attention to  Cristiano Ronaldo in the next summer transfer window.

“It’s a little more difficult, but…, there are things that you kind of already have an idea, that to play one day for Barcelona would be almost impossible, or to play for another English club other than Manchester, it’s very complicated. “But that’s not 100 percent guaranteed. As I said before, there are no certainties in football.

“Everything is open, all leagues.

“I may end my career here with Real Madrid. I’m just being honest. I don’t know what’s going to happen tomorrow. If I were 75 percent certain, I would say so, it wouldn’t be a problem. But I have no idea. “Right now I don’t see myself playing in the American league, but that’s right now.

“In two or three years I may think differently. These are always difficult questions to answer because we never know what’s going to happen tomorrow.

“And as a football professional, this is always an unknown, so I prefer to stay in the present. The present is good and I’m enjoying being at Real Madrid. But in a few years, I don’t know how I’m going to be thinking.”