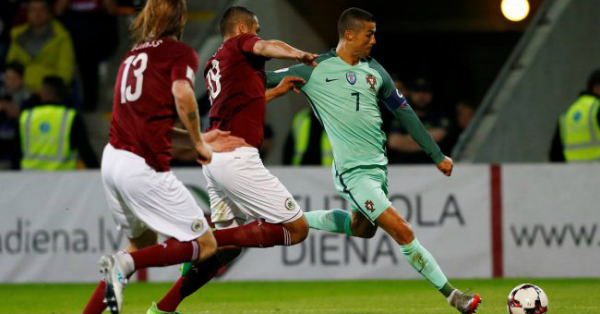 It is a well-known fact that Ronaldo is one of the greatest footballers in the history of the sport. He is a living legend, even though many hate him and constantly question his skills. But, the truth is, Ronaldo is a great showman on the field. It is an incredible pleasure to just watch him dominate the field. Yes, he rules, like a king. He destroys his opponents like they are his enemies. He protects the ball from his enemies like his life depends on it. He takes the advantage of every possible opportunity to take the ball to the box.

He makes sure that no opportunity to score a goal for his team goes to waste. If there is no opportunity for him, he tries to create it for himself and his team. He is a goal scorer and an incredible assist. He is as good at netting the ball with his own feet as he is at setting a goal up. But, how does he do it? All with the help of his two magical feet, eagle eyes, incredible understanding of the game and his enemies, and concentration. He combines all these capabilities to deliver the most incredible displays on the field. He is noted for several moves on the field. He is noted for several moves on the field. But he has also invented (and reinvented) some moves, which are now part of his signature style of playing. The five moves invented by Ronaldo are 1) Whiplash 2) CR7 Freestyle Move 3) Ronaldo Chop 4) Halo 5) The Ronaldo Turn. These moves not only make Ronaldo a great contributor to his teams’ success but also makes him a great player. It is incredible watching Ronaldo on the field, as he performs these moves. They seem like some magical displays, things that no one else has performed before. Ronaldo is, undoubtedly, one of the most gifted soccer players in the world. But, it’s more than just gift. He spends hours to home the gift, and develop it into skills that he can apply on the field during a game. His exercise regime, diet and relentless practice make him who he is today – one of the greatest footballers in the world. Even if many people compare him constantly to other players, both current and from previous generations, Ronaldo’s displays are, indeed incredible. Every true football fan has to admit that, no matter which team his allegiance lies with.