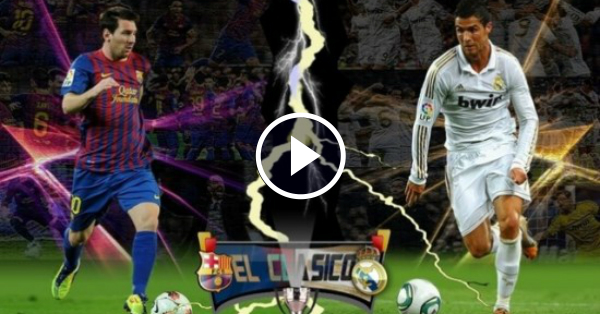 The first leg of the Super Cup match between Real Madrid and Barcelona held on 14th August 2017 at Camp Nou ended with the scoreboard reading Barcelona 1-3 Real Madrid. The 3-1 deficit was a real bad news for Barcelon,a and to top that, Barca has lost Andrés Iniesta, their power captain, to a muscle injury, which took place during the team training on Tuesday, and the midfielder will, therefore, miss all action on the field for the next few weeks. Croatia international Luka Modric will be welcomed back into the team of Real Madrid, and will be among the starting 11. The midfielder remained suspended from the first leg of the Spanish Super Cup. The team will, however, miss their star player, Cristiano Ronaldo, after he picked up two yellow cards in the first leg match, following the removal of his jersey and for diving in the box. He also pushed the referee before leaving the ground. This will be the first of the five-match ban he will have to serve because of his conduct. Iniesta might be replaced by Carles Aleñá who will have to travel to Madrid, but there are doubts regarding whether or not the youngster will get the opportunity to face Madrid. As for the starting lineup of the team, there will be only one probable change that’s likely going to be enforced: Sergi Roberto will probably replace Iniesta in the midfield, as new signing Paulinho has not been included in the squad since after being unveiled on Thursday, he will join the team training on Friday. One change that we will probably not get to see is Nélson Semedo replacing Aleix Vidal. Vidal did well in the first half, but following his usual defensive mistakes, Barça fell apart. Semedo is considered a stronger defender than him, and is  good enough – if not better than – Vidal going forward. However,  there will probably be a few weeks of waiting before introducing Semedo. He is a new signing and requires some time to integrate into the system properly. POSSIBLE LINEUPS OF THE TWO TEAMS Let’s take a quick look at the team news of the second leg of the Spanish Super Cup match between the two legendary teams: