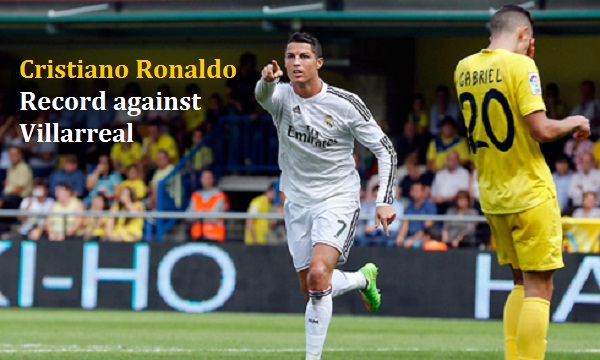 Ronaldo has been giving amazing performances ever since he started his football career. His amazing performances in English Premier League made sure that the club grabs good amount of silverware. However one has to admit that Ronaldo’s career reached stratospheric heights after he joined Real Madrid. The player has been scoring at will after that and his goal scoring ratio is the best in LaLiga.

Like many teams Villarreal have also suffered a great deal from Cristiano Roanldo’s spectacular skills, amazing runs and epic goal scoring ability. Ronaldo faced Villareal 4 times while he was at Manchester United, however the player could not score a single goal in those matches. But once he faced Villareal after joining Real Madrid, It has been a different story and has made sure to fill the net of yellow submarines with plenty of goals.

Cristiano Ronaldo has faced Villarreal 13 times in his career and he has scored 11 goals in those 13 matches. This gives a goal ratio of 0.84 goals per game which is pretty good. In January 2011 Ronaldo scored a hat-trick against Villarreal along with an assist. Real Madrid won the match by 4 – 2. The player has scored quite frequently against the side and in the recent 2014/15 season, he made sure to net home goals in both home and away matches.

Yellow submarines can be sure to get plenty of more goals from Ronaldo as the player looks hungrier than ever to score in the upcoming season.