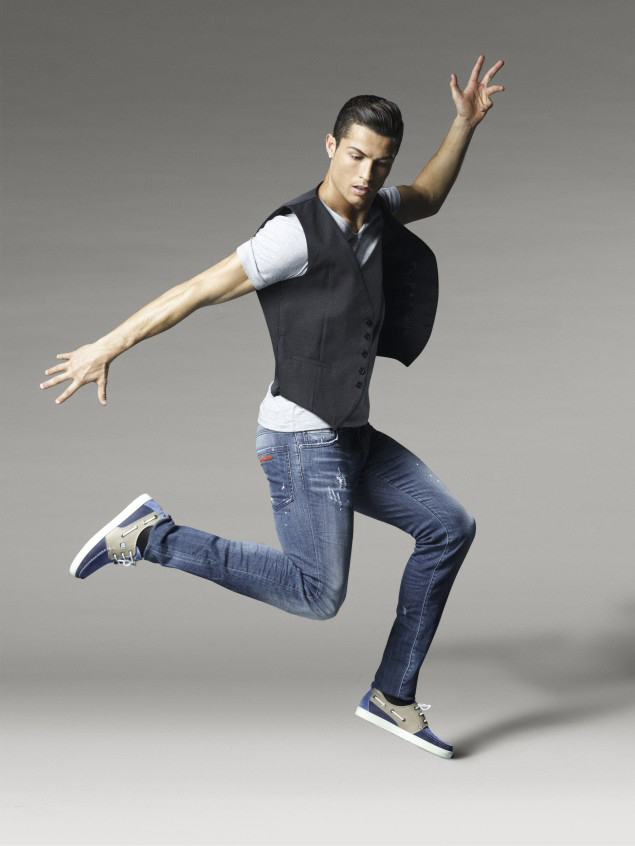 Cristiano Ronaldo, the football maestro is another name for the style statement. There is hardly any head that remains unturned when he walks by. His outraging style and gait makes him stand out amongst the others. His huge number of fans and followers are always eager to follow his style and copy his clothing style and footwear. This makes Cristiano Ronaldo launch his own footwear brand.Yes, you heard it right! Here is the link to the official page of Christiano Ronaldo’s Official footwear brand: Maintaining his high class style standard, Cristiano Ronaldo launched his Footwear brand’s first retail store in UAE on the February 15th, 2015. The official page of the footwear brand offers online shopping with the facility of free shipping all over the world. Cristiano Ronaldo footwear collection brand offers shoes in almost all sizes, for the young and the old. One can find a large variety of shoes of a particular color as well.

The news came through the social media last year that the football superstar was going to launch his footwear brand. The shoes are prepared with high quality leather and under the supervision of fine craftsmen. The brand is said to have the “Made in Portugal” stuff as the shoe industry in Portugal has flourished over the last decade. So, in the already too competitive shoe industry all over the world comes another celebrity brand that every football lover would love to wear.

The Cristiano Ronaldo footwear collection brand “CR7” is a registered trademark. Expressing his views about his footwear brand he said,

Quality, comfort and sophistication describe my newest brand. This Spring, Summer 2015 you’ll know how it feels walking in my shoes. The Real Madrid star, Cristiano Ronaldo’s footwear brand would be fascinating for all the guys who are interested in getting their hands on every latest thing that comes in the market before their friends. Cristiano Ronaldo already had his clothing brand and now with the launch of his footwear brand, his fans would be seen in shoes having the CR7 logo on them. The logo CR7 would be carved on the rubber soles of the shoes. Every shoe of the CR7 brand has been prepared carefully and the designs approved by Cristiano Ronaldo himself. Cristiano Ronaldo’s footwear brand brings shoes for all seasons. The footwear brand has shoes of three main varieties; Basic, Premium and Luxury. One can find shoes for all occasions as the brand markets not only the people from the sports world but also the common men. The official page of the CR7 footwear shows detailed features and price of the shoes along with the images from different views. It makes the customer satisfied with the shoe he is about to buy and makes it easier for him to make a choice by comparing any two. Thus after the success of Cristiano Ronaldo’s clothing, it is expected that the footwear brand will turn out to go good too. Let’s see if Ronaldo’s footwear brand bags as many customers as the other famous brands.