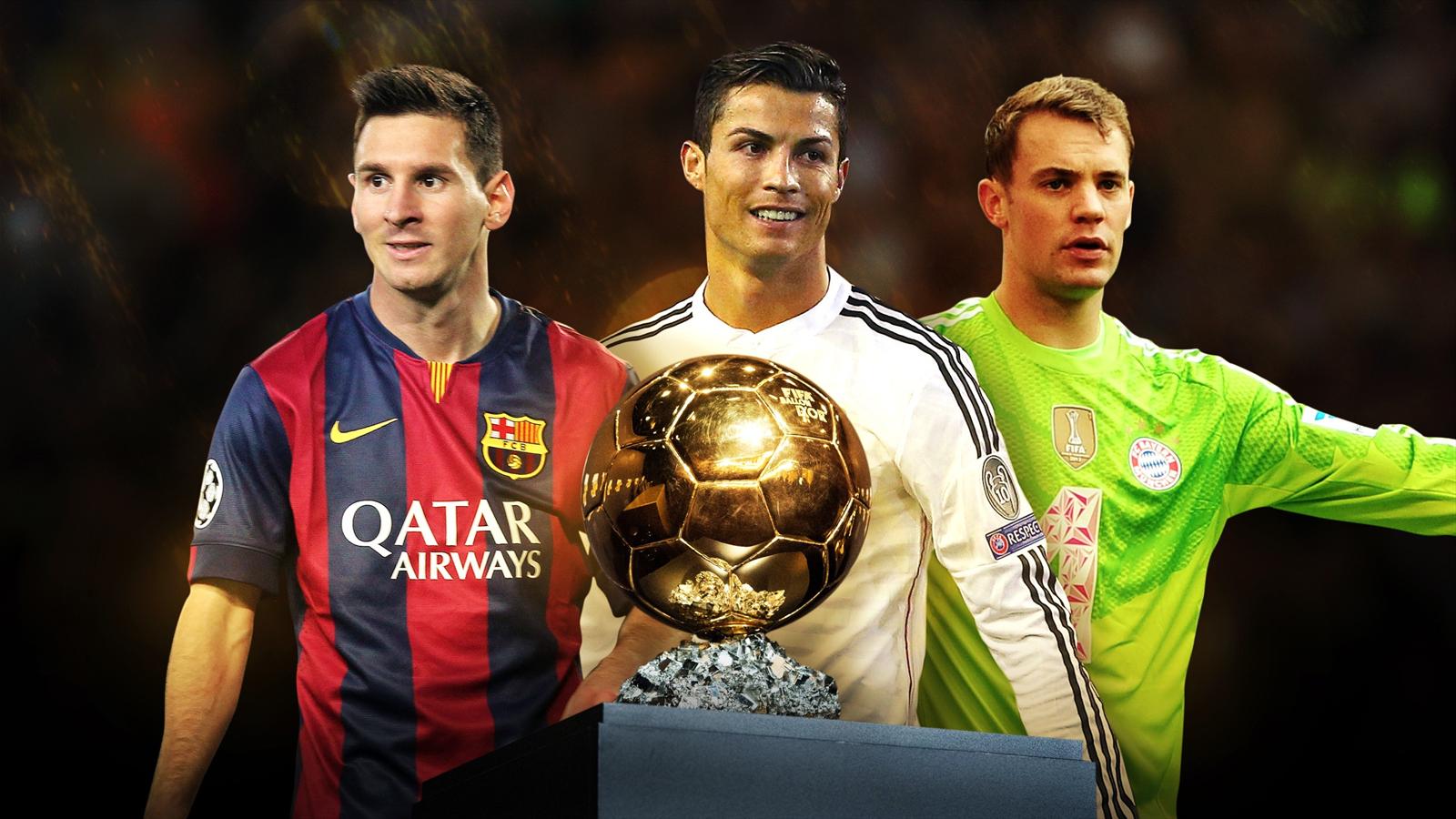 Cristiano Ronaldo favourite to win the Ballon d’Or for the second year in succession ahead of Manuel Neuer and Lionel Messi.

Ballon d’Or is an association football award. It is given to the player who have performed best in the last year. Coaches, captains of international teams and journalists vote for the player who is, in their opinion, best for the Ballon d’Or award.

Well the award started in 2010 after France Football’s Ballon d’Or and the men’s FIFA World Player of the year award were merged. Guess who was the winner of first Ballon d’Or? It was Lionel Messi who went on to recalin the title the following two years.

Cristiano Ronaldo disappointing World Cup record, in which he was eliminated at the group stage with Portugal, has not prevented him from being a strong candidate for the third time overall.

Ronaldo scored the splendid 61 goals in the calender year and helped his club to win the Champions League, UEFA Super Cup and Copa del Rey.

With 17 goals in the last season’s Champions League and 26 goals in 16 La Liga games this season, Cristiano Ronaldo is favourite to win Ballon d’Or.

He has recieved strong support from this club. They feel that CR is the only worthy contender for the prize, nd felt compelled to publicly criticise UEFA president Michel Platini for his suggestions that Neuer should take the award.

Diego Maradona and 2004 winner Andriy Shevchenko have given Neuer their backing,and Germany coach Joachim Loew has said that any other choice than Neuer will disappoint him.

Despite his fame, and the fact that he scored 58 goals in 66 games for club and country in 2014, Messi’s candidature is not helped by the fact that he failed to win a trophy with Barcelona.

Despite Lionel Messi’s fame and the fact that he scored 58 goals in 66 games for club and country in 2014, his candidature is not helped by the fact that he failed to win a trophy with Barcelona. The 27-year-old failed to perform to his usual sky-high standards in the knock-out stage in Brazil, even if he came away with the Golden Ball award for the tournament’s best player.