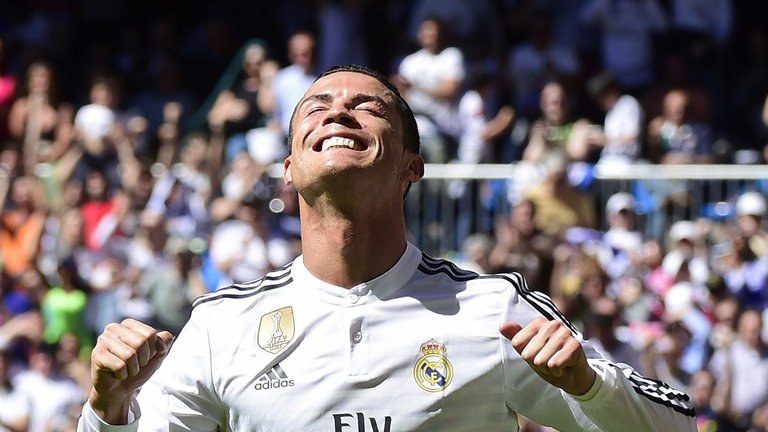 The Portuguese superstar registered an eight minute hat-trick on the way to a five-goal haul for the first time in his distinguished career as Madrid continued their pursuit of Barcelona in the title race with a 9-1 thrashing of Granada on Sunday.

Ronaldo’s five-star display took his tally in La Liga this season to 36, four ahead of Messi, and 14 goals short of the record set by Barcelona’s superstar when he fired 50 in La Liga in 2011-12. But Gibson says there is a fine line between breaking records and winning trophies.
“It’s a goal tally, but is it three points at the end of the day?,” the former Manchester United player told this week’s La Liga podcast.

“A lot of emphasis is placed on the top scorer award and breaking more records, but I guess it depends what you want at the end of the day.

“You would rather ultimately win the league title, (although) it’s a hell of an achievement to get as many goals as they do.

“It’s great to have that attitude week in, week out.

“Ronaldo is a goal machine and there’s every chance he can get break Messi’s record.”

Gibson has also praised the impact of Colombian World Cup sensation James Rodriguez and is sure that Los Blancos can return to their 22-game winning streak form with his return to the starting XI.

“He cost a lot of money and he’s has delivered,” said Gibson. “He’s been terrific this season and enjoyable to watch.

“It’s going to give (Carlo) Ancelotti a problem because Isco has been good of late so it’s a straight choice between one of those two.

“The front three (Ronaldo, Gareth Bale and Karim Benzema) aren’t going to be changed. (Tony) Kroos and (Luca) Modric are starters, so it’s one from Isco or James, and I think it will be James who plays with Isco being left out.”