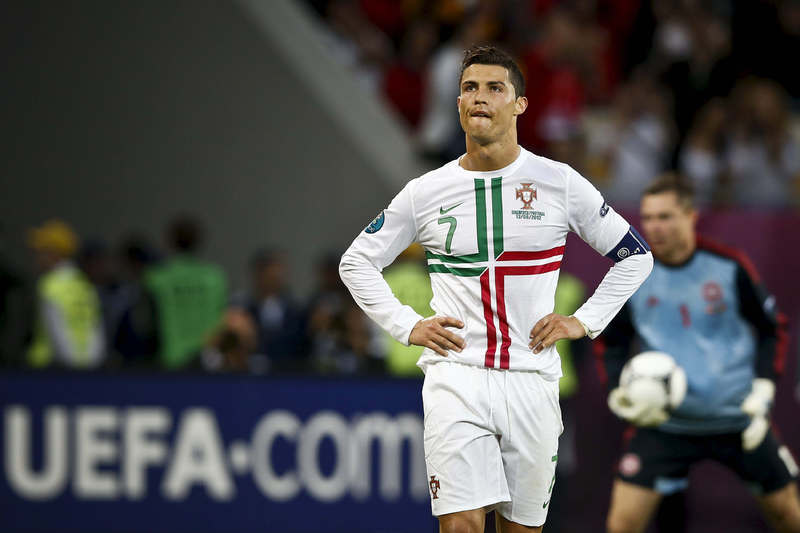 With just two goals in eight games the Ballon d’Or winner is frustrated over his performance.

The problems: not running into the spaces enough, struggling to take on defenders, and not participating enough in the creation of the play.

That said, it would be irresponsible to pin all the blame on him for the downturn in Real Madrid’s fortune.

The simple fact is that this is a side with major problems in midfield at the moment. In the past, when they have been physically strong, they have shown they can cope well enough as demonstrated by the 22 games won on the trot.

When they aren’t, their limitations are there for all to see, with a lack of team play, no effective solutions worked on in training and no collective attacking spirit. The midfield drops back, the front men don’t go forward enough, and this absence of a collective game makes Ronaldo a lesser player.

What you have now, instead of the player that would terrify individuals and teams alike, is one who positions himself in the central area and looks to do his damage from there. He may well score goals from there but he will also most certainly be less influential in the game.

Over the past 12 months we have only seen the best of Ronaldo from August to December. It now falls to him—no more, no less—to get back to his best both for himself, and as a team leader for Real Madrid.

Keep visiting ronaldocr7.com for latest and interesting on Ronaldo.