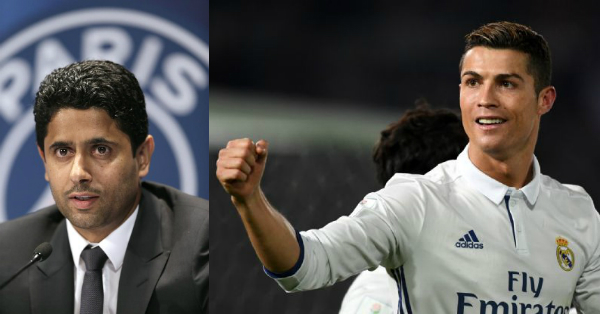 Amidst all the rumours and speculations regarding Ronaldo’s Real Madrid exit, things might have taken a whole new turn. Ronaldo has reportedly held a secret meeting with Nasser Al-Khelaifi, the owner of Paris Saint-Germain. Spanish reports claim that the two discussed a world-record move from Real Madrid to PSG on a yacht in Ibiza. The Portugal skipper was seen relaxing with his girlfriend, Georgina Rodriguez, earlier this week, amidst all the rumours about her pregnancy of five months. Since the loss of Portugal in the semifinal round of the Confederations Cup, Ronaldo has been in a relaxed mood. Real Madrid, since then, has been a little upset with Ronaldo, as he has not directly communicated with the club to discuss whether or not he wants to leave. Meanwhile, the world has been discussing the possible move of the player from the club after he expressed his dissatisfaction with Real Madrid. The Spanish authorities brought upon Ronaldo charges of tax evasion, following which, Real Madrid issued a statement that they believed in Ronaldo’s sense of responsibility and innocence. But, Ronaldo thought that this was not enough, and mentioned to his teammates that he was upset about the lack of proper support. It has recently come to light that Ronaldo never really threatened to leave the club. However, he has neither confirmed nor denied the claims of leaving the club. Several reports have mentioned that Manchester United, PSG, and some Chinese clubs are interested in roping Ronaldo in for the next season. Perez has mentioned in an interview that it is justified for Ronaldo to get angry about the whole issue, but he also expressed his faith that the player will not leave the club. But, there are certain rumours that Perez has mentioned to his friends in the media that Ronaldo does not have any other club to go to because he has not received any offer from any club, since they are taking Ronaldo’s age into consideration. Now that Ronaldo has been spotted meeting the PSG owner, new speculations have started to do the rounds about whether or not he wants to leave Real Madrid. Reports by OK Diaro claim that Ronaldo’s meeting with Nasser Al-Khelaifi on the yach could mean some big change in the sporting career of the player.

However, once again, nothing has been confirmed clearly. For all we know, the two could just be hanging out to relax and have a good time on the yacht, as Ronaldo enjoys his new fatherhood.