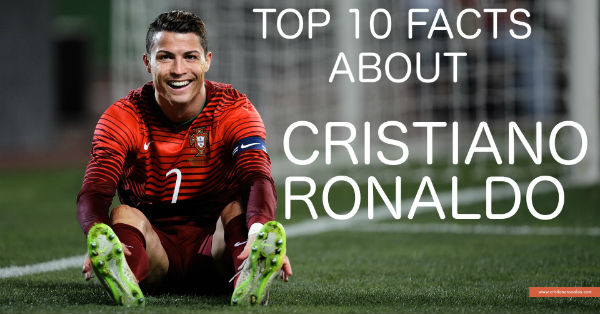 If you are not living in a cave,you must know the six-packed abs hunk called Cristiano Ronaldo.Pages after pages are used to define him,and yet,fans seemingly can’t get enough of the Portugal superstar.It’s even almost usual when a fan is explicitly knowledgeable about the fact that Ronaldo’s free kick has an average speed measured 130 km per hour.But one never grows weary of gathering interesting information that revolve around Cristiano. Ronaldo fan or not,you are assured to be intrigued by the striking facts.Here are 15 of them.Buckle up! “When he got home from school I’d tell him to do homework but he’d say he didn’t have any. I’d be making dinner and he would jump out of the window and run off until late. He used to cry when he passed and his friends didn’t score. People called him ‘cry-baby’ and ‘little bee’ because nobody could catch him,” Dolores Aveiro remarked.