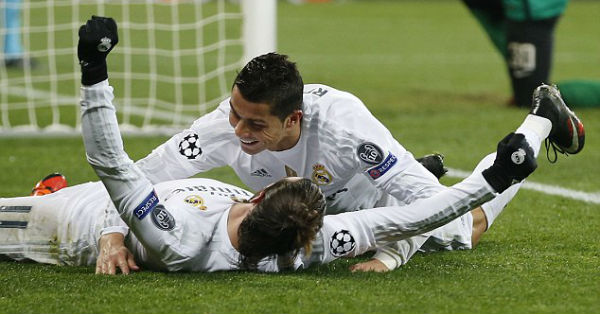 Former Manchester United defender Gary Neville  believes that Red Devils are just one World class signing away to pose real title challenge. Louis van Gaal‘s side has been come under the criticism for their lack of in-action in the attacking third,  and Manchester United legend feels adding a world- class attacker will inject a new life in Red Devils’s attack. With Real Madrid are planning to sell either  Cristiano Ronaldo or  Gareth Bale in the summer, Neville is convinced that signing any one of them will solve Manchester United attacking woes.

“”If you put two more players into Manchester United’s team, say a Gareth Bale or a Cristiano Ronaldo into that team, that team could win the league. Because the structure that is being built at this moment in time is solid. “But they need that match-winner, that Neymar, that Luis Suarez, the one that is going to light up a game and score one or two goals to take it away – then all of a sudden they would look like a Barcelona, because they’re dominating possession, making teams look foolish.”

“Even in the last 15 minutes, they didn’t fully commit to winning the game.

“Historically, you would like to see punch after punch, you would want to see bodies being thrown forward, but you might get caught on the counter attack and lose 2-1 that way.

“But that’s not the way in which this Manchester United team play, and the heart wants them to go forward, commit players and be reckless in some ways.

“I do think they are quite close when I think about it with my head, but my heart thinks I’d like to see them die trying a little bit more and go for it.”