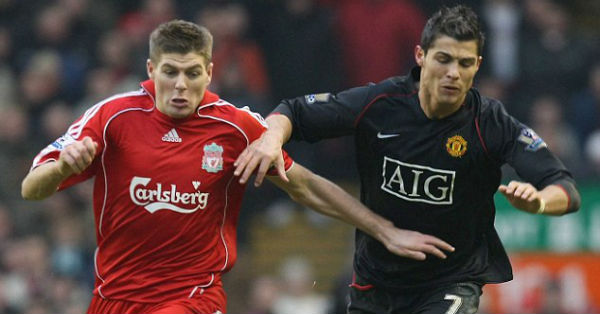 Rafa Benitez job at Santiago Bernabéu is currently save, after Real president Florentino Perez offered his backing  to former Liverpool boss, but he can face the sacking at the end of the season, as reportedly he has fallen out with  Cristiano Ronaldo and other senior figures of the squad. There are concerns inside the Real Madrid dressing room about  Rafa Benitez’s defensive style of play, while fans are far from convinced with the tactical approach of Spaniard, as they half-heartedly  accepted the appointment of  Rafa Benitez as Real Madrid manager.

Whereas, Cristiano Ronaldo who left disappointed with the departure of  Carlo Ancelotti, has struggled to form a working relationship with  his successor Rafa Benitez. Steven Gerrard believes Rafa Benitez is a good manager, but in order to stay at Real Madrid, he has to keep Cristiano Ronaldo happy:

“Rafa is a good manager. I just wonder what his relationship is like with his big players in the dressing room. It looks broken from the outside at the moment.

“It is difficult to put your finger on, but Rafa is all about the team,he is not the fan of individual players. He is  all about  his philosophy as a team. But you got to manage individually, especially  at club like Real Madrid.

“It is all about Ronaldo and the big players there so Rafa has got to adopt to them, rather than vice versa.

“There are denying it and saying that relationships are fine. But there is lot of noise coming out of there.”

It was previously reported that  Cristiano Ronaldo is fed up with  Rafa Benitez’s defensive setup and complaint it about to Florentino Perez.