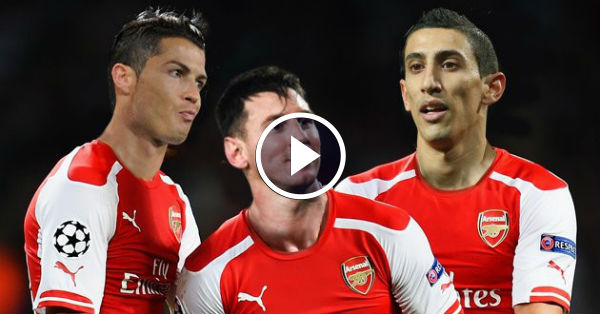 Spanish Football expert Sid Lowe has said that Cristiano Ronaldo will leave Real Madrid at the end of the season.

The Portuguese International, who has left two and half year in his current contract has been linked with a move away from the Santiago Bernabéu. As it was previously reported former Manchester United player has failed to develop a working relationship with Rafa Benitez.

Cristiano Ronaldo was not fully convinced with the appointment of Spaniard as the head coach of the Real Madrid, and has warned Florentino Pérez that club will not win anything under Rafa Benitez.

The Portuguese International has recently admitted he is considering his options as he failed to commit his future   with Los Merengues.  Cristiano Ronaldo has been tipped with a move to either French Champions Paris Saint-Germain or his former team Manchester United. When Sid Lowe was asked if he thinks whether it would be Ronaldo’s final season at Spanish Capital, he said:

“My gut feeling is that he goes at the end of the season.”

Real Madrid president Florentino Pérez is of the view that former Manchester United star has reached to his pick, and it is right time to sell Portugal Captain, who will be 31 by next February. The Welsh International Gareth Bale was brought as the long term replacement for  Cristiano Ronaldo, while Real Madrid Chief is keeping tabs on the Chelsea’s Eden Hazard and Manchester City’s Sergio Agüero. The Sporting Lisbon graduate moved to Real Madrid from the Premier league outfit Manchester United,and recently become top scorer in the history of the club, and has scored 329 goals in 318 appearances. After moving to the Spanish Capital he has helped Real Madrid to win one La-Liga title and Champions League.