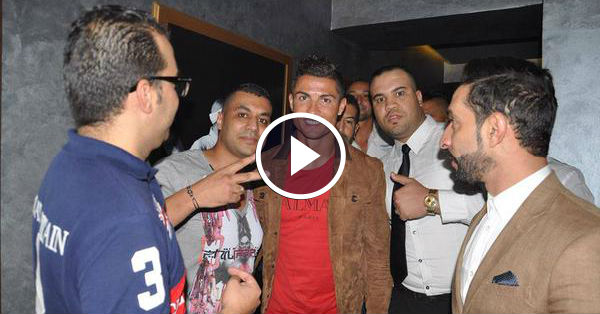 Why Real Madrid are concerned about Cristiano Ronaldo’s Morocco visits?

Real Madrid are worried about Cristiano Ronaldo‘s Morocco visits, according to ExtraConfidencial.com.

Apparently, Portuguese International frequently travels to Rabat to see his friend Badr Hari, as per the Spanish sources. It is further revealed that former Manchester United forward spends every free afternoon by traveling abroad, which doesn’t mean he violate any club rules.

A footage of Ronaldo’s Morocco visit:

However, Spanish giants have their reservations over  Cristiano Ronaldo’s regular trips, after completing training sessions. The three times  Ballon d’Or winner use his private jet to fly abroad, mostly to Monaco to meet his boxer friend.  Badr Hari admitted on the Social media:

As suggested by ExtraConfidencial.com, Real Madrid are concerned with Cristiano Ronaldo’s decisions to travel on the regular basis, as they believes that it is affecting his focus on the pitch. The Real Madrid all time top scorer has scored 16 in this campaign in all competitions, so far, but he come under the huge criticism for his performance against Paris Saint Germain, Sevilla and Barcelona. Spanish media was very critical of Portuguese International  display in the big games, and argued that he failed to shine in front superior teams.  Cristiano Ronaldo failed to score against French Champions in the Champions league tie against PSG then in the two La-Liga fixtures, both games which Real Madrid lost. Sevilla ended Los Blancos unbeaten run on their travel to away from home, while Rafael Benítez’s side were torn apart by League leaders Barcelona in 4-0 demolition at Santiago Bernabéu.  After the el-clasico, home fans booed Cristiano Ronaldo for his disappointing display.

According to the Spanish newspaper El Confidencial, Portuguese International is certain to quit Real Madrid next summer, with  Paris Saint Germain and his former club Manchester United are most likely destination.