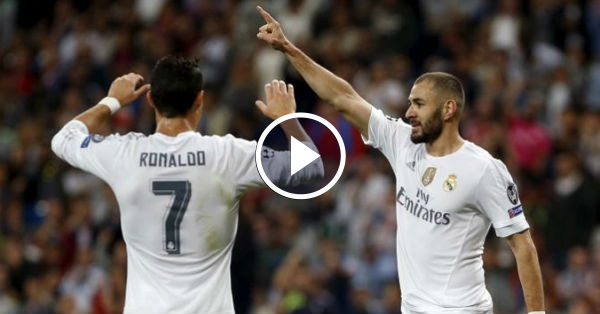 Real Madrid and Cristiano Ronaldo needs Benzema in order to find rhythm in their display, after recent lackluster display.

The French striker was out injured since October 8, after picking up injury in the friendly against Armenia during  the International break. And it is no coincidence that Cristiano Ronaldo has found it hard to score goals regularly and Real Madrid missed his presence in the attacking third. The Portuguese netted 10 goals in first 9 games, but he has only score 3 goals in last five appearances with Benzema has been sidelined.

Cristiano Ronaldo needs Benzema to perform better and to score more goals, as French International act as focal point to hold up  the ball and then pass it to the Real Madrid all time top scorer, and provide him enough room to operate through the middle. The former Manchester has perfect chemistry with the French striker and incredible understanding and both compliment each other with their style of play. There are not many striker currently in the World, with the better hold-up play than Benzema and it completely works in the way of  Cristiano Ronaldo. From  the past few years there were talk that Real Madrid are considering to offload the French International, but   Ronaldo opposed the idea and told Florentino Pérez that he enjoys playing with the Benzema and don’t want him to bring a new striker. “He is ideal for Ronaldo and Bale, to me Benzema is the best player in his position and not just a goalscorer. He doesen’t need to score 30 goals a season. He has great qualities, he is a complete player.”

While Portuguese attacker and Bale are more interested in scoring goals Real Madrid and Cristiano Ronaldo needs Benzema to drop deep in the midfield and create chances.