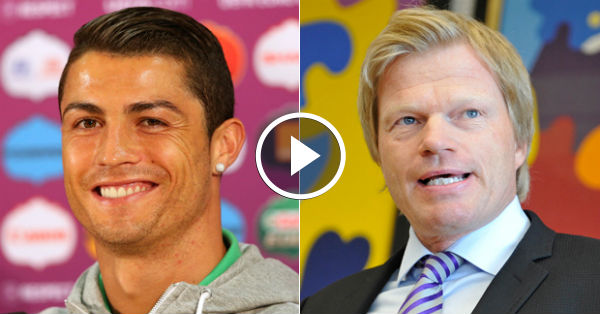 In his interview with FIFA.com he tipped Real Madrid star to continue Ballon d’Or winning run and make it three times in the row. While he is critical of lack of respects shown towards goalkeepers in the selection of FIFA player of the year.

“I think that in International terms, and it is not just Europe that votes. It is not widely understood that goalkeeper can be in contention for the award like this.

“I experienced this first hand, you can not dispute it is an issue. It will be probably another battle between Messi, who had a strong season and Ronaldo, who had scored another handful goals.

“And I think Ronaldo will win again, a man who calls himself  best player in the World. and who can blame him.” Oliver Kahn  feels  Cristiano Ronaldo will win the Ballon d’Or in January, however, recently Portuguese International was asked ‘who he think will win Ballon d’Or?’, Real Madrid star tipped Barcelona ace Lionel Messi. Cristiano Ronaldo believes that Argentinean winning Champions League, La-Liga and Copa Del Rey in last campaign, give him an advantage over him, despite of his claim last season was best of his career.