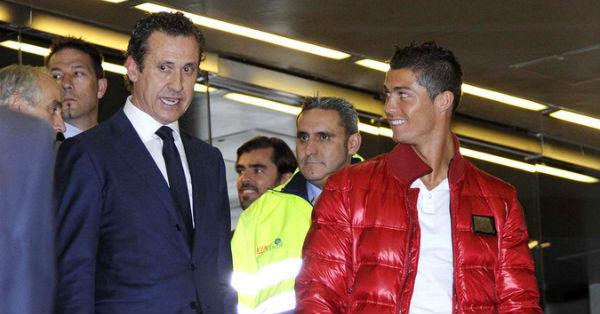 Previous Real Madrid sporting director Jorge Valdano says Ronaldo is at present “playing under dissent” for the club, Also Cristiano Ronaldo is not happy with the part Rafa Benitez has requested that he play. Ronaldo, 30, has scored 13 goals in 18 amusements for club and nation so far this season, however, eight of those came in the space of four days in September, when he netted five against Espanyol and after that a cap trap against Shakhtar Donetsk. He has scored eight local goals in this way, which speaks to his most noticeably bad count at this phase of the season subsequent to 2010, and contrasts unfavorably and the 18 he had scored at this stage last season amid Carlo Ancelotti’s rule. The Portugal skipper likewise neglected to score in both of the two late Champions League gatherings with Paris Saint-Germain, when he was utilized as a single center forward without the injured Karim Benzema. Jorge Valdano, a previous Madrid player and coach who left the club amid Jose Mourinho‘s opportunity in control, told that his non-verbal communication and absence of goals were a sign that Cristiano Ronaldo is not happy with Rafa Benitez. “Ronaldo would want to play rolling in from the left, as he has constantly done,” Valdano said. “We want to say that Cristiano could be one of the best center advances on the planet, yet he is playing under challenge. I have been told something [from inside the club], yet it is not investigative. We don’t know whether that is on the grounds that he is not scoring goals, but rather what you can see is that he is loathing the diversions. You can see that from his non-verbal communication – as though he is playing in a position he doesn’t care for, where he is more uncomfortable. From the wing he can amaze the defender more; in advance, with his back to goal, is distinctive.” Cristiano Ronaldo has made a few remarks lately to recommend he is interested in a move far from Madrid before his agreement terminates, despite the fact that Benitez said on Saturday he was casual over the circumstance.