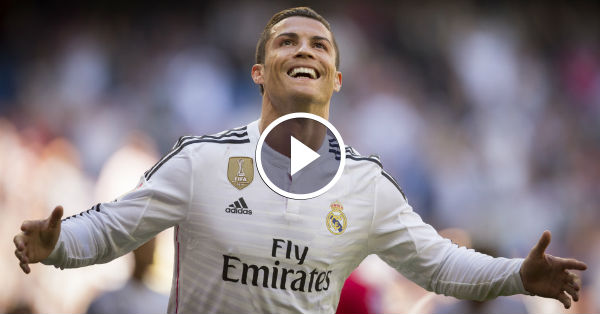 Why Cristiano Ronaldo changed his role at Real Madrid?

Cristiano Ronaldo changed his role at Real Madrid to become prolific goal scorer. The Real Madrid all time top scorer revealed that he has to made change in his game over the course of last few seasons in order improve his goal scoring ability.

The Portuguese International  is the top scorer in the history of Real Madrid, after breaking the record of club legend Raul.  Cristiano Ronaldo has won golden shoe award for record fourth time. The former Sporting Lisbon star, started his career as winger, but developed himself as a more central attacker after joining Manchester United. Playing in the central position improved his over all play and make him a real goal threat.

After arriving at Santiago Bernabéu, Cristiano Ronaldo changed his role, as he learned to occupy central position and adopted to become one of the most deadliest striker in the World. Former Manchester transformation from a natural winger to striker has help him to become the all-time top scorer in the history of the Real Madrid. Cristiano Ronaldo spoke about his remarkable transformation from the wide man to one of most fearful striker in the World to World Soccer. While analyzing is earlier style of play and now he said;

“He is different. I’m more of a box player, not much a winger.

“Because goals are made inside the box and close the goal, my position has changed a bit. The instinct for goal, as well, that is something you learn with experience.

“It is the something that has come to me more natural and makes me happy. You can see the evolution that I had throughout my career. Since I began until today. And that is good for me. I have been evolving.”

Cristiano Ronaldo changed his role at Real Madrid to become the regular goal scorer, it would be interesting to see whether it will help in his later stage career.