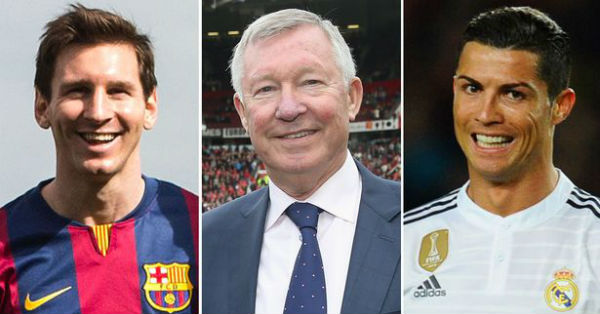 Why Alex Ferguson had to fix Cristiano Ronaldo?

The Scots brought Cristiano Ronaldo from the Sporting Lisbon in 2003, when he was a teenager. The  Portugal International didn’t enjoy dream start of his Old Trafford and came under the severe criticism due to his diving antics. In his debut campaign, three time Ballon d’Or receiver  scored six goals for Manchester United, and went on going one of the best player in the history of Premier league.

Without the shadow of doubt,  Sir Alex Ferguson is the one of the most iconic manager, as far as English football is concerned played the decisive part in the development of   Cristiano Ronaldo and made him the player today he is. “He [Ronaldo] was the best professional I ever coached but he had his defects at the start,

“Ronaldo was a player who used to dive but I knew that I could fix that and in a year and a half he changed.”

“He learnt discipline and stopped diving even if the press continued to attack him for it.”

While Scot also talked about his failed attempt to stop Cristiano Ronaldo from joining Real Madrid in 2009.

I flew to Portugal to speak with him because he said that he wasn’t going to come back to England,” Ferguson said.

“He only wanted to go to Real Madrid, it was his lifelong dream.

“Once, he admitted to me that he wanted to retire when he is 35.