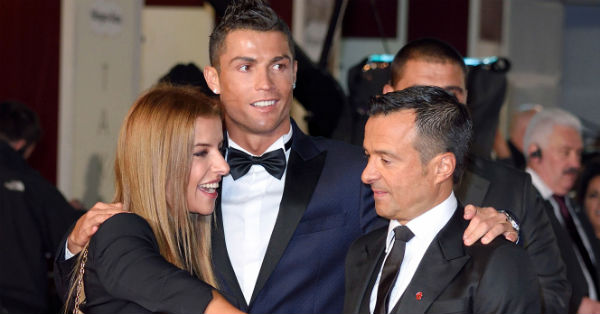 Where Cristiano Ronaldo wants to get married?

Real Madrid star Cristiano Ronaldo wants to get married in Scotland, according to his former manager Sir Alex Ferguson. The Portuguese International recently talked about his troubles in understanding the Scottish accent of  former Manchester United boss Sir Alex Ferguson, but refereed him as father figure after playing under him for six years at Old Trafford.

The three times Ballon d’Or winner credits Scot for his outstanding footballing career. Cristiano Ronaldo thrived under ex United manager after joining the Manchester United from his boyhood club Sporting Lisbon in 2003. After arriving in England Portuguese International become the World beater from the teenage sensation.

Cristiano Ronaldo is the most followed football player on the social media, which make him most popular choice for brands endorsements. He is also one of the highest paid footballer and combining his endorsements income, the Real Madrid star is the most valuable brand in football ahead of Barcelona ace Lionel Messi.

Sir Alex Ferguson revealed in his new book that during his time at Old Trafford Cristiano Ronaldo told him that if he ever decide to get married, he will only get married in Scotland.

Interestingly, the most intriguing part about tie the knot in Scotland is that, according to the  law in Scotland husbands are not bound to share their pre-marital earnings in case couple decide to split . Cristiano Ronaldo recently appeared in the  Jonathan Ross Show, where he confessed that they are multiple women in his life, but he is taking his time to decide which one is right for him. Following his revelation about his love life, Portuguese source Flash claimed that Real Madrid hot-shot is currently dating with the daughter of his agent Mendes, Marisa. She was with Cristiano Ronaldo during his movies’s premiere in England.

Well,  may be Marisa is one to whom Cristiano Ronaldo wants to get married in Scotland.