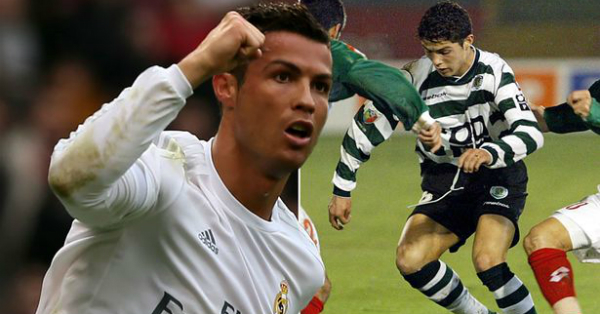 The fight for Cristiano Ronaldo, and the drama surrounding him, is never ending. Will Ronaldo join Real Madrid? Will he be able to prove himself innocent in the tax charges? Is his girlfriend pregnant? Will he win the Ballon d’Or this year? Yes, almost every year, at the beginning of a new season of club football, the biggest question is, which team will get Ronaldo. His choice has not changed for several years now. His choice can make or break his team, because we all know how important he is to his team. And, his decision taken some years ago changed the course of football.

Back in 2003, Cristiano Ronaldo came close to signing with Parma, the Italian club. His career could be different, but Sir Alex Ferguson changed it. At that time, Parma used to be a Serie A side, and they had a gap on their right wing. Alberto Gilardino, Adriano and Hidetoshi Nakata were already part of the team. But, after Ronaldo, the flying winger, came to their notice at Sporting Lisbon, they wanted to rope him in, and reportedly offered €11 million. But then, just as the deal was almost done, Sir Ferguson happened. During a pre-season match between Sporting and Manchester United, he spotted Ronaldo, and decided to pick the boy. This was a historical move, for Ferguson, his team, and the history of the sport.

Ronaldo joined Manchester with a massive €17million, leaving Stefano Tanzi, the president of Parma, to mourn the team’s financial incapability. After a mildly rough first season with Manchester United, Ronaldo became of the all-time best players of the English club. The story of Parma, on the other hand, was that of downfall. The year in which they lost Ronaldo was the turning point in the history of the Italian team. twice winners of the UEFA cup, Parma, had a sharp decline, after filing for bankruptcy during that season. Owner Calisto Tanzi got involved in corruption scandals, and charges of money embezzlement from his company, Parmalat. Their good times came to an end, as another bankruptcy followed. The team never really recovered from the financial situations. After ten years of struggle, they started out from Serie D. After back-to-back promotions, they are now a Serie B team. As for Ronaldo – well, check out our other stories to find out what he has been up to since then, and in his recent years.