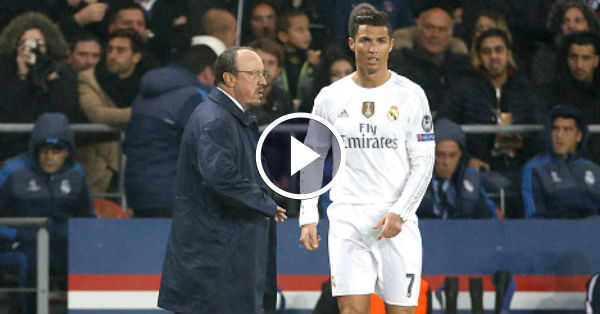 The Real Madrid head coach believes in order to win trophies this season  he has to keep Cristiano Ronaldo, Karim Benzema and Gareth Bale fit.

After suffering shambolic defeat against their arch-rivals Barcelona, Real Madrid suffered further setback as they have been kicked out of Copa Del Ray for fielding an ineligible player. Russian international  Denis Cheryshev, who was supposed to serve his one match suspension, after earning three yellow cards while he was on loan at Villreal, was given starting notch by Rafael Benítez.

Galácticos left their problems behind, to secure 4-1 victory over Getafe, Karim Benzema smashed a brace for the home side with Gareth Bale and  Cristiano Ronaldo scored one each.

“To get the three points playing very well in the first half means that these players, who we know are very important, once they get up to speed can cause a lot of damage to any defence.

“The fact the three attackers all scored and collaborated a lot with the team in defence and attack I think means all three should be satisfied.

“It is important that they play well, score goals and that will be the key to maintaining their confidence. “The fact Benzema scored those two goals and contributed so much to the team going forward reinforces more what I have said before that he is a very important player for us and makes those around him play better.”

“We spoke this week and he was desperate to play and score goals. He needs to play well on the field because that will help him confront any problem.