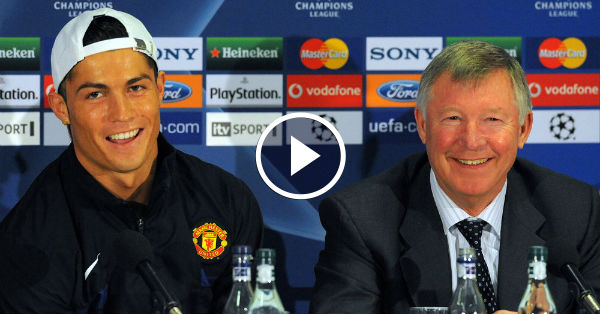 Former Manchester United manager Sir Alex Ferguson has said that Cristiano Ronaldo house is made for the best player in the World.

While speaking at Stanford School of Busines, Sir Alex Ferguson shared inside information about the dream home of the highest paid player in the World, after he was invited to dine with Portuguese International. The Scots complimented Cristiano Ronaldo for his fancy living style, after taking the tour  of  the house, which he describe as ‘dream home’. Sir Alex Ferguson revealed that Real Madrid star has a home, which is tailored according to his exact specification and has a separate ice cream room and  two swimming pools.

” Ronaldo has a house that “is made for the best player in the world, no doubt about that.

“The gym is about half the size of this [pointing to the Stanford School of Business lecture hall], he’s got everything in it.

“He’s got two pools; a hot pool and a cold pool. He’s got an ice room at minus 160 degrees where he goes in for 10 minutes after every game. It’s just unbelievable.”

Sir Alex Ferguson, brought  Cristiano Ronaldo to Manchester United from his boyhood club Sporting Lisbon. The Red Devils beat the interest from the likes of Barcelona, Inter Milan and Valencia after the personal intervention of the Scot. The  Portuguese International agent, Jorge Mendes revealed that Sir Alex Ferguson promised that  Cristiano Ronaldo will be featured in the 50% games of Manchester United, while other interested teams were planning to send him on a loan back to Sporting for another season.

Cristiano Ronaldo has recently admitted that he has huge respect for his former boss, and referred him to as ‘father figure.”