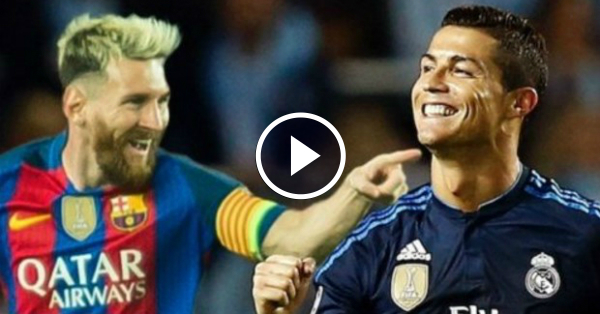 Cristiano Ronaldo and Lionel Messi have proven to be the most incredible players in the history of football. They have been consistent and all through their careers, the two players have been scoring goals and helping their respective teams in achieving great wins. Ronaldo and Messi are constantly pitted against each other. And, having come to the end of yet another brilliant season, the biggest question at the moment is about who will bag the Ballon d’Or this season. It seems that Cristiano Ronaldo is the common favourite, after having helped his team bag the La Liga as well as the Champions League titles. However, Messi has scored more goals than him, and has had an over all good season in general. The skills that these two players have are very rare and what they have can only be gained by diligence and persistence. Their effort to do more is evident, and the will to do better in the next game, as well as the passion for football, have never left in them. The rivalry between these two has its own charm. It is an incredible experience to watch these two icons playing against each other on the field. We get to see two absolutely different styles as the players fight for the one spot – at the top. Who is the best footballer? There is no way to answer this question, because both try to improve their game and make it better. The one thing that is absolutely clear is that they will not give up easily. They will fight till the end in the football. Their chances to get awards can be seen in the statistics, and the Ballon d’Or is the perfect example of how close they are to each other in terms of individual skills. While Messi has five of these, Ronaldo is most likely going to get his fifth at the end of this year. Taking into consideration their performances during this season, the current stats show that Messi has scored more goals this season, in more appearances than Ronaldo. But, Ronaldo has helped his team gain more titles, including the La Liga and the Champions League. But, these numbers prove very little. At the end of the day, it is their skills and displays that truly matter. No matter who wins more awards and lifts more trophies, they both will continue to entertain us with more of their energetic and incredible games. The supporters expect a great deal from these two players, and the two never let them down.