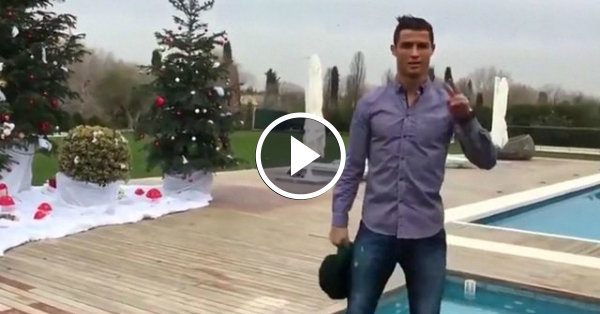 Sports stars may or may not keep their lives private, and we mostly have to assume stuff about them based on what the media assumes about them and wants us to believe. But, there’s one thing that we all know about them – sports stars are loaded! From match earnings to endorsement fees, sports stars bathe and swim in money. And if it’s a popular sport like soccer, then it’s better for common people to stop thinking about how much the players make. While some of the players waste their money on useless things, like getting an exotic pet or indulging in vices, others use their intelligence and invest in the right places, like real estate, business, etc. Soccer star Cristiano Ronaldo has done exactly that, and this video tour of Ronaldo’s mansion will tell you just that, besides giving you a peek into his abode.

Football legend Cristiano Ronaldo dos Santos Aveiro aka CR7 has numerous properties and real-estates under his name as he is not only a great player but a super-rich footballer of modern era. He earned nearly $80 million in the last season which is just second behind the richest athlete Pacman Floyd Mayweather, Jr. Cristiano Ronaldo’s huge property called “La Finca Villa” in Madrid, Spain, is currently listed with Promora, and presently has a listed price of 5.4 million euro (equivalent of $7.1 million). Recently, there was news that the mansion was under the threat of being destroyed by forest fire. However, we are glad that no harm could befall the mansion where the player lives with his family.

So, waste no more time, and take a look at the ultimate video tour of Ronaldo’s mansion!