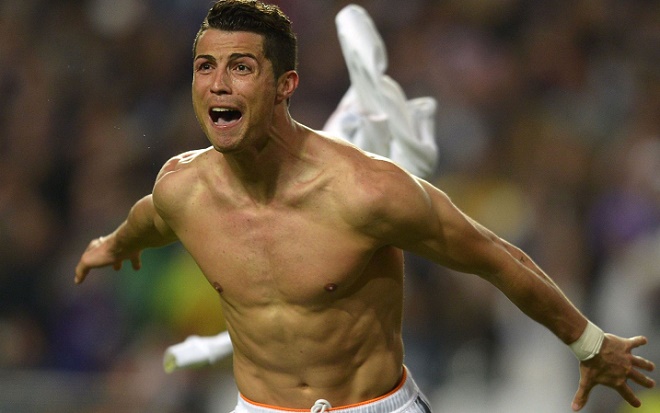 The dengue epidemic that hit the small Atlantic island of Madeira in October 2012 was Europe’s first sustained spread of the virus since the 1920s. Between then and Feb. 2013, more than 2,100 people on the Portuguese tourist hub were infected, and some 82 took the virus with them back to mainland Europe.

Break Dengue, a site funded by drug companies, NGOs, and other health groups, posits an unlikely potential factor in Madeira’s outbreak: global football star Cristiano Ronaldo. The epidemic’s origins trace back to a charter flight of tourists from Venezuela, according to Ana Clara Silva, an epidemiologist at Madeira’s health institute, who spoke at a recent infectious disease conference in London. Break Dengue’s Gary Finnegan noted that the tourists were quite possibly making a pilgrimage to the Portuguese soccer mega-star’s birthplace, as Ronaldo is a major tourist draw for Madeira.

In addition to his residence there, the island boasts a Cristiano Ronaldo museum, a huge bronze statue of him, and the flagship store for his fashion brand, CR7. Taxi drivers will reportedly take tourists on “the Ronaldo tour” upon request. Of course, the tourists could have also been visiting Madeira for its famed natural beauty and ancient wineries. In addition, Madeira and Venezuela maintain close ties thanks to the large migration of Madeirans to Venezuela during the 1960s.

But back to the dengue: The strain of the virus that spread in Madeira is common in Venezuela, Colombia, and northern Brazil. And of the 23,000 or so AIR TRAVELERS

to the island in 2012 that came from countries with dengue, 90% hailed from either Brazil or Venezuela, according to recent research. While Brazil had a higher dengue incidence than Venezuela that year, more visitors came from the latter. Researchers estimate that at the time dengue arrived in Madeira, Venezuelans were nine times more likely than Brazilians to be carrying the virus. Three out of the five imported cases since the epidemic subsided in Feb. 2013 have been from Venezuela (link in Portuguese).

Though it’s impossible to know for sure, the first generation of Madeira’s Ae. aegypti might have arrived when one of these Brazilian (or possibly Venezuelan) mosquitoes laid its eggs in something stowed in the cargo hold of a plane headed for Madeira. Whether that plane was carrying Ronaldo fans, we’ll also never know.