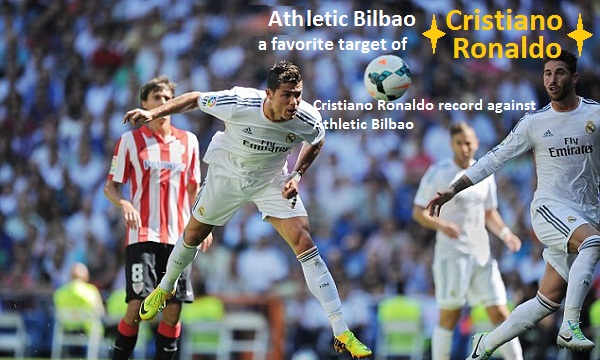 Well, if you have any interest in football, or lets just say you have any interest in sports, you would be familiar that Cristiano Ronaldo is the worlds best player who is has a habit of scoring goals. Most of the other players in football world score goals when they have a good form. They would click for one or two seasons but after that their goal scoring ability is reduced significantly or is diminished like it never existed. On the other hand it is safe to say for Ronaldo that he is guaranteed to be the top scorer or the runner-up in the list of top scorers every season. The thing with Ronaldo is that he performs well against all the teams and one cannot think of a team which has not suffered from the Ronaldo’s amazing goal scoring ability.

Talking of the teams who have suffered continuously from Roanldo’s amazing performances, Atheletic Bilbao is one of the names which comes to mind. It is just another team against which Ronaldo boosts a goal scoring Ratio of more than 1 goal per game. To be exact Ronaldo has scored a total of 14 goals in 12 matches against Athletic Bilbao making it a goal scoring ratio of 1.17 goals per game.

Athletic Bilbao can be sure of getting more of the Ronaldo special goals wrapped in the form of free-kicks, penalties or the good old long range shots, in the upcoming seasons.