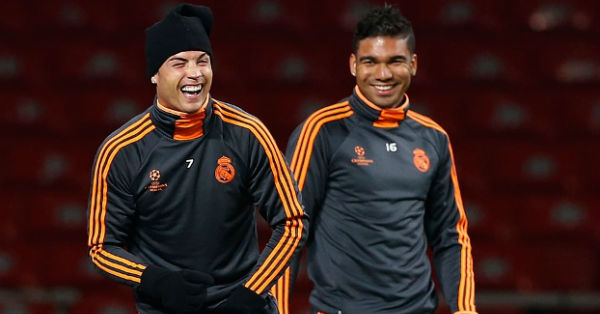 Amidst all the speculations regarding whether or not Ronaldo will leave Real Madrid, the player’s teammate, Casemiro, has backed him to stay back at the club. The reason Casemiro wants Ronaldo in Real Madrid is that it will be complicated have his colleague turn into an opponent, and play against him. Casemiro further said that he believes Cristiano Ronaldo is happy at his current club, even though certain issues have come up in recent times. Ronaldo helped his team, Real Madrid, lift the La Liga and Champions League trophies, and there was no question about his satisfaction at the club. After the news about the tax evasion allegations brought upon Ronaldo by the Spanish authorities began to do the rounds, Real Madrid issued a statement saying that they believed in Ronaldo’s sense of responsibility and that he will be able to prove his innocence. After this, the Portuguese media started to report that Ronaldo wanted to leave the club. Apparently, he was quite upset over the lack of support that he received from Real Madrid, and decided to leave the club. Reportedly, he received offers of large amounts of contract money from Manchester United, PSG and even some Chinese clubs. The rumours brewed even further while Ronaldo was in Russia representing his national team in the Confederations Cup. After Portugal got knocked out of the tournament, Ronaldo went and joined his family. Since then, he has been with his newly born twin boys and his eldest son. Perez had earlier remarked that Ronaldo had the right to be angry, but he also assumed that the player would most likely stay back. However, at the moment, Real Madrid is allegedly quite upset with Ronaldo because he has not made any attempt of communication. Real Madrid has, apparently not heard back from the player, and are not happy about the lack of direct response from him. However, Ronaldo has reportedly said that he never threatened to leave the club, but had simply mentioned to his teammates that he was angry. However, he has neither confirmed nor dismissed the chance of his leaving Real Madrid. The club’s mid-fielder, Casemiro, who considers Ronaldo as the world’s best, is of the opinion that the player is satisfied in Madrid. He has also mentioned that Real Madrid players would love to continue playing with Ronaldo who is the best in the world.