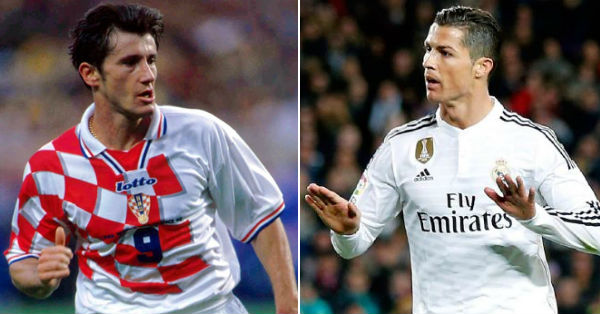 “You either love Christiano Ronaldo or hate him.”, exclaims Davor Suker, as he candidly talks about the status of the national team of Croatia, and clarifies his take on Ronaldo.

Davor Suker believes Croatia can compete with the very best.

It is a small country that is competing in a world of giants. The national team simply thrives on what it produces, yet has managed to qualify for nine major tournaments since gaining our independence in 1990.

There are inevitable comparisons to be made between the current side and previous national teams in retrospect: “They are different eras with different players. I think players had better technique in the past, but football changes every ten years and in general, we aren’t better or worse. Nowadays players run three or four kilometres more per match”, remarked the legendary marksman, now the head of the Croatian FA. Suker reflects that players nowadays are a lot different from back then. “The current batch has many advantages in terms of preparation, although there’s a lack of unity in the squads. I’ll always defend the Thursday meal, sharing rooms and having a chat. Now they’re more bothered about having Wi-Fi and playing PlayStation, and don’t talk so much. As for the tattoos …”.

It is of modest surprise that as a prolific striker himself, Suker has a view on the much discussed Cristiano: “The most important thing is the statistics. He outdoes himself every year. You either love him or hate him. I would deeply admire him even if I weren’t a Real Madrid fan”.

Suker played as a striker for some of the European clubs as well as the Croatian National Team, where he is the all-time top scorer with a record 45 goals. Named as Croatia’s Golden Player for the UEFA 2003 Jubilee anniversary, he secured the third place in the FIFA World Player Of The Year awards in 1998, and is also on the FIFA 100  list of the top 125 greatest footballers, the only Croatian making it to the list.