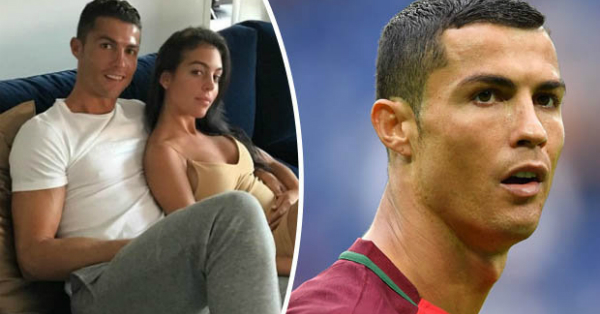 Rumours have been around for quite a few months about Ronaldo becoming a father once again. Very recently, we heard all the rumours about how he has had two babies, a boy and a girl, to a surrogate whose identity is undisclosed. But, before that, there was another rumour around the town: that his current girlfriend, Georgina Rodriguez, is pregnant. This discussion began after Ronaldo posted a picture of himself and his girlfriend on Instagram; the position of his hand on Georgina’s belly was probably the reason behind this. Nothing was said on this by the man himself, or even Rodriguez, though Ronaldo’s mother confirmed very distinctly that the rumour about Georgina’s pregnancy was nothing but a rumour, with no truth in it. And now, new reports have arrived that claim that Rodriguez is pregnant. Not just pregnant – she has apparently been so for five months! According to this report, Ronaldo and his girlfriend started planning a family, after a visit to a clinic where DNA tests are done for a possible child. Nut just that, Georgina has apparently made the confirmation to Ronaldo’s family and friends about the child – she has told them that the child, to be born in October, is a girl. One of Ronaldo’s close family friends has told a leading Portuguese newspaper that the couple is very happy about the birth of their child in the coming months. This source further said that everyone in Ronaldo’s family loves Rodrigues, and they are happy about the relationship between the model and the soccer player. Earlier, Georgina has reportedly said that she will support Ronaldo in raising a family when the time should come. We have seen that she has a beautiful chemistry with Ronaldo’s son. Only time will tell if the rumours and pictures are the truth.