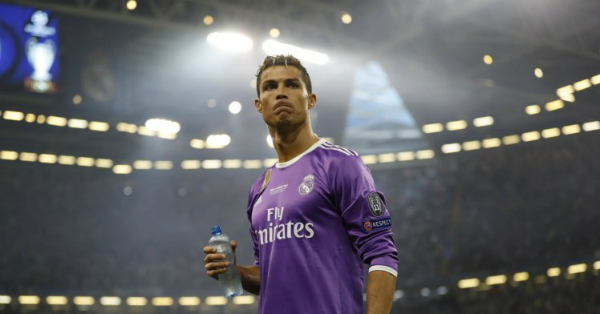 After the exit loss Portugal in the Confederations Cup semifinal match, Cristiano Ronaldo returned to Madrid, on his way to the US, and according to the reports in Spain, he had the showdown talks with Real Madrid. The world of football, at the moment, cannot stop talking about the future of Cristiano Ronaldo, post his statement to Spanish media about his desire to leave the country. Ronaldo was not in discussion with his club for about two weeks, because of Confederations Cup. He was offended by the tax evasion allegations brought upon him by Spain, and also by the lack of support from Real Madrid. What’s more, he is deeply unhappy because of the treatment of the press. Real Madrid president, Florentino Perez, recently admitted in an interview that Ronaldo has every reason to be upset, when efforts are being made to hurt him. However, he also added that Ronaldo will not leave the club. This was an assumption by him, since he had not had a formal discussion regarding Ronaldo’s possible exit from Real.

But finally, it seems that the episode is drawing to a close, as Ronaldo skipped the third-place play-off in Confederations Cup. The Portuguese skipper reportedly booked a flight to the US, via Madrid, to meet his newborn twins for the first time. According to Madrid’s Marca, he also had a talk with Real officials for the first time regarding his future, during this break. According to this report, Real Madrid is assured that Ronaldo will not leave the club after this discussion. It seems that Real is now tranquil and confident. They have breathed a sigh of relief about Ronaldo, whose plans of exit seem to have changed. Real Madrid has been able to convince that they are doing everything possible to help Ronaldo out of this sticky situation, ahead of his court case due on 31 July. This is a big change in the attitude of the club, who had earlier issued a statement about Ronaldo, saying that they believe he is a responsible man and will surely prove his innocence. There might be a chance that the club will pay off €14.7 million (£13m) in tax, an amount that Ronaldo has been accused of evading. Ronaldo and Perez are yet to meet face-to-face next week the player will return to Madrid with his new babies.