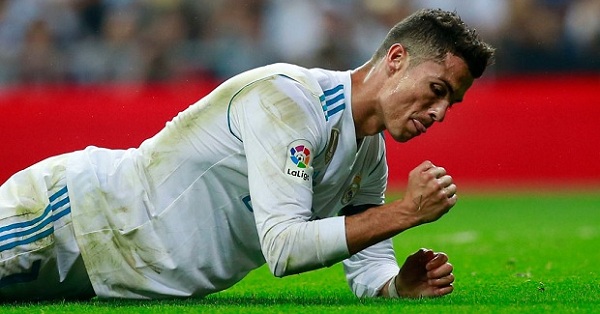 Cristiano Ronaldo, the superstar of the last season at Real Madrid, is facing various questions because of his lack of goals this season. But, the football superstar says he is not at all worried about his lack of goals this season because he is convinced that Real Madrid will be able to turn things around very soon. The captain of the Portuguese soccer team had five shots on goal against Tottenham in the recent Champions League match, but scored only once to grab the single one in Madrid’s 3-1 loss at Wembley. Ronaldo has been voted the Best FIFA Men’s Player for the second time in a row, and the player has found the way back of the net only once in his last three games of this season. In fact, since September 26, he has failed to score more than one goal in any match. However, Ronaldo is not bothered about the stats and numbers.

He has said in an interview after the Champions League match that his stats do not matter, and he I am super calm,” Ronaldo told reporters after Wednesday’s game. He further said that nowadays it does not count for the journalists if a footballer produces a big performance. They just look at goals, goals, goals. He went on to say that he won’t speak about his stats, because the numbers are over there. If they type into Google ‘Cristiano goals’, everything about him can be found easily, so it does not affect him at all. For him, the important thing is the end result and not the start. He hopes that the fans will stay patient and confident. Even though the team is not playing great, he doesn’t see the team in a bad light, because things change. He admits that things are bad because Real Madrid is accustomed to winning. But he is convinced that with time, they will turn things around.He thinks it is taking some time to adjust, because of the summer departures of Pepe, James Rodriguez and Alvaro Morata. He thinks the new players are full of potential and they will be the future of the team, but feels all the big teams need great players.

Real has lost Pepe, a great player, as well as other amazing performers like Morata, James, etc. who made Real a strong team. the new ones are not wrong, but still young. But that cannot be an excuse. They need Carvajal, and Bale, too. Those who are injured need to return, and make the team stronger.