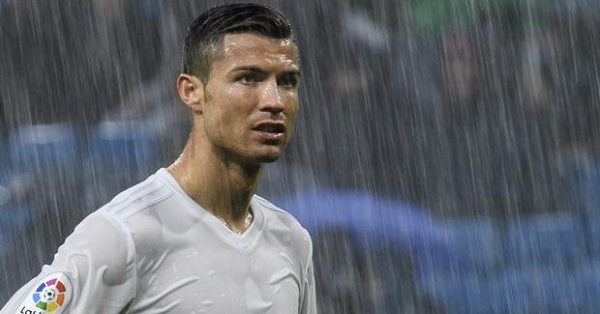 Ronaldo tax evasion charges – Can CR7 go to jail? Here are some details.

Ronaldo has become the most news-worthy subject at the moment. Not only because of his two wins with Real Madrid, his beautiful sons, his incredible social media presence, or his girlfriend’s possible pregnancy, but because of his potential Real Madrid exit, and the tax evasion charges. Yes, we have discussed time and again, how Ronaldo was upset with Real Madrid for not providing enough support to him in this regard, and that he mentioned his unhappiness with the team to his teammates. This sparked the rumours that he might leave the team and join Manchester, PSG or some Chinese club, leaving the Spanish club.

Ronaldo tax evasion charges – Can CR7 go to jail? Here are some details. While much is being discussed in this regard, the main issue at the base of all this is Ronaldo’s tax evasion case, which might land him in jail. According to the allegation of the Prosecutor’s Office, the player declared the income he made from the transfer of image rights as his earning from movable capital. This was allegedly done to evade taxes.

However, Ronaldo’s representatives were quick to dismiss the charges. His management company, Gestifute, has insisted that their star client has always acted in accordance with the tax laws, be it in Spain or when he was in Britain representing Manchester United. According to their statements, Ronaldo signed the contract to join Real Madrid in 2009 under the Law of Impatriots legislation which was in force and prevalent at that time, and the player had to pay the taxes only on his earnings which were attributable to Spain.

The Spanish authorities brought upon the charges of tax evasion, saying that his image right transfer income was masked as income form movable capital. But, Gestifute says that the laws applicable to the player are the Personal Income Tax Law and the Impatriots Law. It is clear from Articles 25.4 and 13.1.F3, respectively, that the income of the player from image rights is counted as as movable capital. Only exceptionally should be considered as income from an economic activity. They further added that Ronaldo declared to the Tax Authorities the entire of his earnings attributable to Spain. This includes his image rights in the years 2009-2014 and 2015-2020. The United Kingdom Treasury decided, based on these, that part of the income from image transfer originated in Britain, and that goes to show that Tonaldo had no intention to defraud. So, according to Gestifute, it can be concluded that the amount declared can be discussed, but Ronaldo did not try to evade taxes.