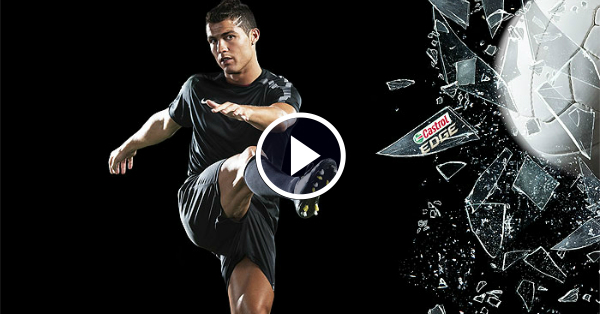 It is almost a given that all athletes will be fit and well built. And, if we look at them all, most of the athletes show off chiselled, ripped looks. But, if we have to talk about the body of one particular sports star, then it has to be none other than Cristiano Ronaldo, who has become the ultimate example of fitness. Yes, the Real Madrid star has one of the best bodies in the business. However, it is more than just how his body looks. The speed and focus of Cristiano Ronaldo make him one of the best players in the history of the sport. The speed that the player displays on the field is absolutely incredible; he has managed to leave his opponents dazed, and he always leaves the audience in awe. And, in order to have conclusive proof that Ronaldo has what it takes, physically, to be on top, he was put throught a series of tests. These even included Ronaldo’s vision being tested, as the player shot goals in complete darkness! But, that’s not all. He went through other tests, as well. It was all a part of a series of scientific studies to actually measure the capabilities of the Portuguese football player, to be compiled into a documentary on the athlete, which was made by Castrol and screened on Sky Sports. Of course, the player proved his uncanny set of abilities. It started with the vision test, as he scored over and over again in complete darkness. But, what about Cristiano Ronaldo’s physical strength getting tested to the limit with “Smart-Speed”? One of the most valuable footballers in the world, Ronaldo’s talent is amazing. He has incredible technique and he is extremely fast. He is undoubtedly a complete athlete. There cannot be any question about the fact that he is one of the greatest athletes in the world. The real question is, what gives Ronaldo the edge over other players? What makes him so special? To find that out, Ronaldo was invited to a specially curated state-of-the-art lab in Madrid. A series of tests was designed just to test his physical abilities. Then, some of the sports science experts took him under observation for the formed some forensic experiments on his body to check his eyesight, body strength, mental ability, and technique. Eventually, it turned out that Ronaldo is gifted in more than one way. And, there’s no doubt that Ronaldo has put his gifts to proper use, and that is how, he has become one of the greatest athletes in the world. Let’s check out what were the results regarding his body strength.