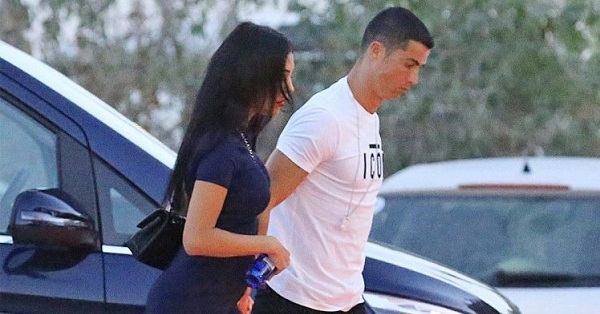 Ronaldo Relaxes with Girlfriend in Ibiza amid Pregnancy Rumours

Cristiano Ronaldo has been all smiles in the past couple of weeks amidst all the discussions of his tax evasion charges and Real Madrid exit rumours. Why wouldn’t he be? He has just become a father. He has had two beautiful twin babies to a surrogate, who were born when he was in Russia representing his national team in the Confederations Cup.

Ronaldo Relaxes with Girlfriend in Ibiza amid Pregnancy Rumours After his team got knocked out of the tournament, he came home to meet his boys for the first time. He soon posted a lovely picture of himself holding his babies in his arms, on social media. A couple of days later, we saw yet another cute picture of all his sons, with the eldest of them cuddling one of the twins, while he himself held the other boy. Ronaldo was all smiling in the picture. In fact, his recent pictures have only shown that he is enjoying himself. And now, the recent pictures suggest that he was relaxing in Ibiza with his girlfriend, Georgina Rodriguez. Meanwhile, there’s another big rumour that has been continuing – that Ronaldo is about to be a father very soon!

Yes, for several months, there are speculations that Ronaldo’s girlfriend is pregnant with his baby. In fact, it is believed that she is five months pregnant, and that the couple is expecting the baby to arrive in October. Ronaldo’s mother was quick to dismiss this rumour, saying that Ronaldo will probably become a father again since he is financially capable, but it will not happen anytime soon, and that Georgina is not pregnant.

On the other hand, a close acquaintance of the family confirmed Georgina’s pregnancy, and said that she had revealed the news to friends and family.However, both Ronaldo and Georgina have remained unavailable to answer any question in this regard. The rumours started with Ronaldo posting a picture of

The rumours started with Ronaldo posting a picture of himself with his girlfriend, and in that picture, he had his hand placed on Georgina’s belly. That got the people started about the woman’s possible pregnancy. Whether or not this is true, Georgina seems to be the woman who is going to be seen by Ronaldo’s side for some time.

Earlier, in an interview, she reportedly said that she would help Ronaldo in raising his children. Whether, by ‘children’, she only meant Ronaldo three children, or their own child as well, is not confirmed.