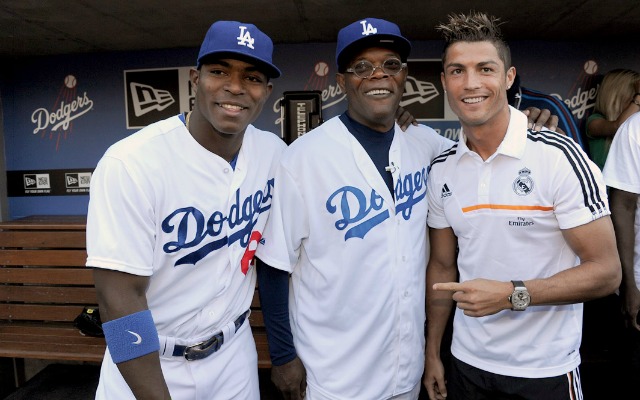 Cristiano Ronaldo’s contract with Real Madrid is set to expire in 2018, and it appears as if he’s leaning toward taking his talents to the United States — preferably in Los Angeles, according to Grant Wahl of Sports Illustrated on Wednesday.

It was previously reported that Ronaldo had expressed interest in joining Miami, Los Angeles and New York when his contract expired, though now it appears as if New York and Miami are reportedly out of contention for the Portuguese superstar.

MLS commissioner Don Garber recently told reporters that if Los Angeles FC is unable to field a club by 2017, then Minnesota United and the Atlanta franchise would start that year, pushing LAFC back to 2018 — the year that Ronaldo’s contract expires.

“It could be the Galaxy or LAFC, and while talks have yet to take place between Ronaldo and any MLS teams, L.A. is Ronaldo’s preferred destination. Meanwhile, I’m told it’s looking more likely every day that LAFC won’t start play until 2018. That means we could see Ronaldo debut for a new team in a new stadium that year.”
On Saturday, the 30-year-old also become the fifth player to score 300-plus goals in the history of all five major European leagues (216 La Liga, 84 English Premier League). He also became the first La Liga player to score 50 goals in five consecutive seasons. Ronaldo will be 33 in 2018 fresh off the 2018 World Cup in Russia.