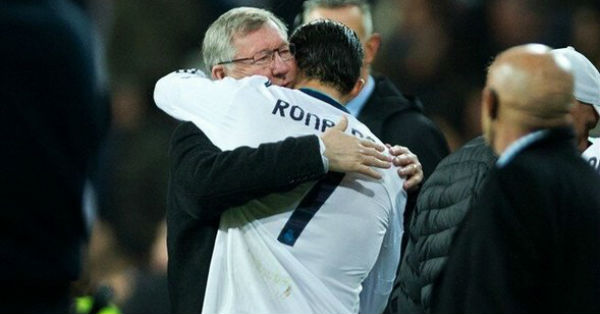 Real Madrid icon Cristiano Ronaldo has paid tribute to Sir Alex Ferguson’s sympathetic identity as a part of an upcoming BBC documentary on the previous Manchester United manager. Ronaldo played for Manchester United at Old Trafford from 2003 to 2009 under the guidance of Ferguson, and he specifically reviews the Scot’s support when Ronaldo’s father was truly sick in 2005.

“[He said] ‘Cristiano, you want to go one day, two days, one week, you can go. I’m going to miss you here because you know you are important, but your dad [comes] first.””When he told me that, I thought, ‘This guy’s unbelievable.”
“He was a football father for me,” Ronaldo concluded.

The Portuguese forward said that Ferguson maintained a family sort of atmosphere which helped United to achieve good results on the field consistently.
“He invites everyone to come for lunch, come for tea… an English cup of tea!” he said. “It was a family with him. He was a football father for me.

Ronaldo signed Manchester United for £12.2 million in 2003. In the following year, he won his first title, the FA Cup. He was named FWA Footballer of the Year and was named the FIFA World Player of the Year on the year 2008. In 2009, he was awarded the FIFA Puskás Award for Goal of the Year. He was the world’s most expensive player when he moved from Ferguson’s Man United to Real Madrid in a transfer worth £80 million (€94 million/$132 million)