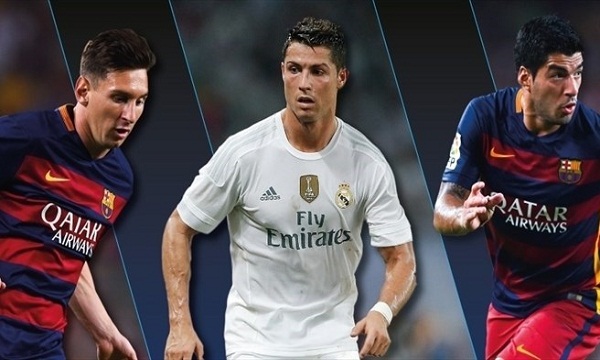 The three nominees for the UEFA best player in Europe for 2014/15 award are Ronaldo, Messi and Suarez. The award will be announced on 27 August 2015.

Like the previous years, the journalists from the 54 member associations of UEFA gave the lists of top five players according to them. The first ranked player was given 5 points, second player 4 points and so on. According to this method, the points were added and the top ten players who had the most points advanced to the next round, and now the top three nominees have been announced.

Voting will be done to select the best player in Europe for 2014/5 in Monaco on 27 August. Ronaldo was the winner of the prestigious award in the previous year (2014). Earlier in 2013 the award went to Frank Ribery. Andres Iniesta was the winner in 2012 and Lionel Messi grabbed the award in 2011.

The competition this year is very tough but if ones goes by the stats, it is clear that Ronaldo is ahead of the two nominees form the rival club Barcelona. Cristiano Ronaldo has already won the Golden boot award for the previous season and with amazing goal scoring record, assists record and tremendous performances, Ronaldo is favorite to win the award.