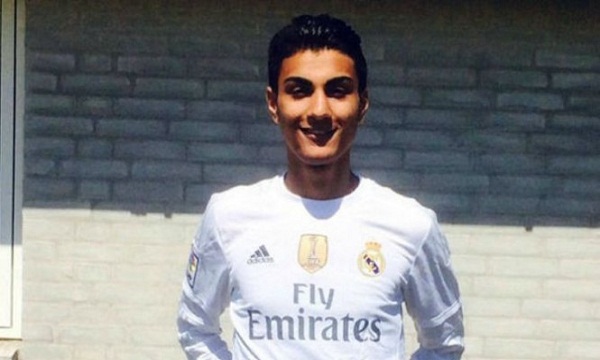 Ronaldo Fan spends thousands of pounds to look like him A 17 year old Ronaldo fan from Denmark has spent thousands of pounds in order to look like his idol. The teenager named Shanta is so much in love with Ronaldo that he even has the same surname and also asks his friends to call him by the name of Ronaldo. He tells that he has enormous love for Ronaldo and he cant tell the exact amount he has spent trying to look like Ronaldo, however, according to him the amount is in several thousands. Shanta tells the reason for his obsession with Ronaldo is that he wants to get a life like him and he also wants to be rich and famous, living it up like the worlds best player.

Shanta travels frequently to Madrid to meet his hero. He has met Ronaldo a number of times over the past few months. According to Shanta Ronaldo now knows about him and he can meet Ronaldo quite often now. He tells that Ronaldo is a fantastic person. Shanta is already planning his next trip to Madrid. He also plays football and he had a trial with Real Madrid in 2014.

The Danish teens devotion to Ronaldo has earned himself quite a lot of fan following as he has more than 14,000 followers on twitter. His tweets usually revolve around Ronaldo and Real Madrid. Shanta admits that his obsession with Ronaldo started when the super star joined Real Madrid in 2008.