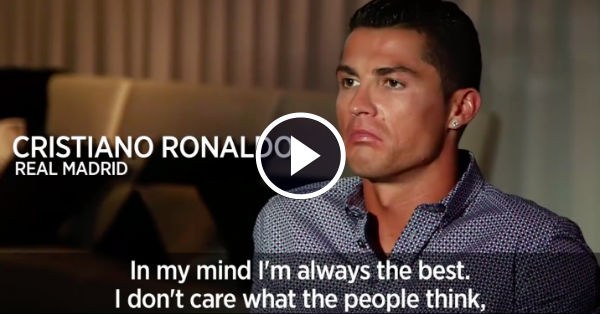 Ronaldo claims that he is the best player of world football

Cristiano Ronaldo claims that he is the best football player in the world with comparison to the great player of all times.

In the interview with Dan Roan,the sports editor of BBC news,the Real Madrid forward said that he had reached  on a height from where it is not so easy to improve.

The Portuguese striker,is the winner of three-time world footballer of the year, and Real’s all-time leading goalscorer.

He said that there is no need to say that he’s in the history of football, he is a legend’. The numbers say everything for everything.

Ronaldo, who joined Manchester United in 2009 for  the price of £80m, said he had reached an unbelievable level on the base over the last eight nine years.He also said that he wants to continue playing for another five or six years.

The record stands now at 504 goals in 760 appearances of his career.

Ronaldo also mentioned that improving the skills and level of the playing is the most difficult task of a player so he wants to maintain his form and keep going. Christiano Ronaldo is also the top goalscorer with 82 goals in the Champion’s league.

Ronaldo was questioned about his comparisons with Argentine forward Lionel Messi, Who is also a four-time world player of the year with 418 goals in 492 club games for FC Barcelona. He said that It’s all about opinions and he respects them all. He answered that maybe in someone’s opinion Messi is better than him, but in his mind he’s better than Messi. So it’s simple as that.

Ronaldo joined Manchester United from Sporting Lisbon of Portugal for  the price of £12.2m in year 2003. He scored 188 goals for the club in 292 appearances.

Since his moving to Real Madrid, where he is under the contract until 2018, he has scored 326 goals in 314 matches which is an outstanding performance. Here some questions of interview…

Dan Roan asked “Is it sad for you to see Manchester United is not at that level they were before?”

Cristiano Ronaldo said that for him it’s hard to see that because it’s the club that he loves. He hopes to see Manchester United at the level that it was in the past. He also mentioned that this season for Manchester is better, but he thinks that they still have work to do to be at the six.

Dan Roan: “What is the possibility of your going back to Manchester United one day?”

Christiano Ronaldo told many many times in the interview that nobody know the future. He answered  that he’s so glad and happy now there in Real Madrid but he also don’t know about the future. He just left an answer that he still has a contract with Real Madrid and he’s happy there.

Dan Roan: “You’ve made a film named ‘Ronaldo’ describing your life story. How’s it like being a  superstar of football?”

Christiano Ronaldo said that it is a great feeling for him. This feeling has given him the motivation to still work hard and better in his job.He also said that to be in his shoes is not a easy job.  He also mentioned that all this happens because of a reason. The reason is he’s unbelievable inside the pitch. This is the reason the fans have very high interest over him.So he confidently answered that he’s good, he’s happy,he’s motivated all the time and he’s very professional about the game and he wants to keep playing like that.

Dan Roan asked Ronaldo about his reaction on Murinho’s tough situation under whom he played 3 seasons for Real Madrid..

Christiano Ronaldo told that he’ not astonished at all because in this game anything can happen.  He also added that Mourinho is a manager with whom he was working with for two years and he knows his potential. He told that not just the manager but the team Chelsea is also in this tough situation. As a Portuguese man, he wants to see the Portugal at the top for all the time.

This was an article on BBC interview of Christiano Ronaldo,the captain of Portugal national football team.One can definitely read the confidence of this great player in this article which makes him the best..but among all times??? You decide….