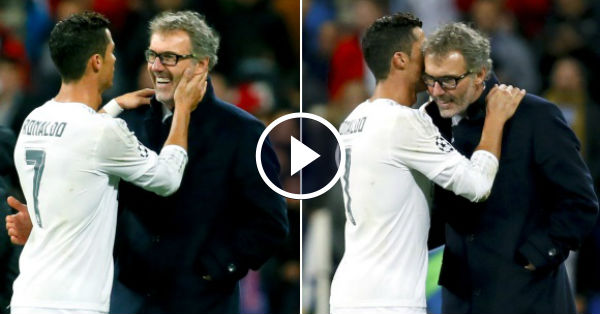 Real Madrid star  Cristiano Ronaldo shared  his conversation with Laurent Blanc, and revealed it has nothing to do with him joining Paris Saint-Germain in the summer.

The  Portugal forward future at the Spanish Capital remains unclear, with the reports of Real Madrid president Florentino Pérez  is planning to offload former Manchester United star at the end of season.

Check out some amazing reaction first:

However, According to Goal.com, Portugal captain praised the display of  Laurent Blanc’s side, after French Coach admired him. “I have talked to many people. When people treat me well, I treat [them] well. A muddle that does not exist was put together. What happened with Blanc was that he had spoken very well about me before and I only thanked him for this declarations and I told him that I had liked them a lot. And with the Paris president, I have known him for many years. He seems very nice and he has always treated me well. That’s what happened.”

The Real Madrid further reveled that contrary to his exit talk, he is very happy at Real Madrid and media has the habit of spread rumors to unsettle him. “This is speculation, happens every year, just what happens around Cristiano.”

Although, PSG head coach refused to provide the detail of his conversation with three times winner.

“Ronaldo told me certain things, yes, But as you might suspect, I won’t say what it was. It was very complimentary anyway. I won’t say any more about it.”