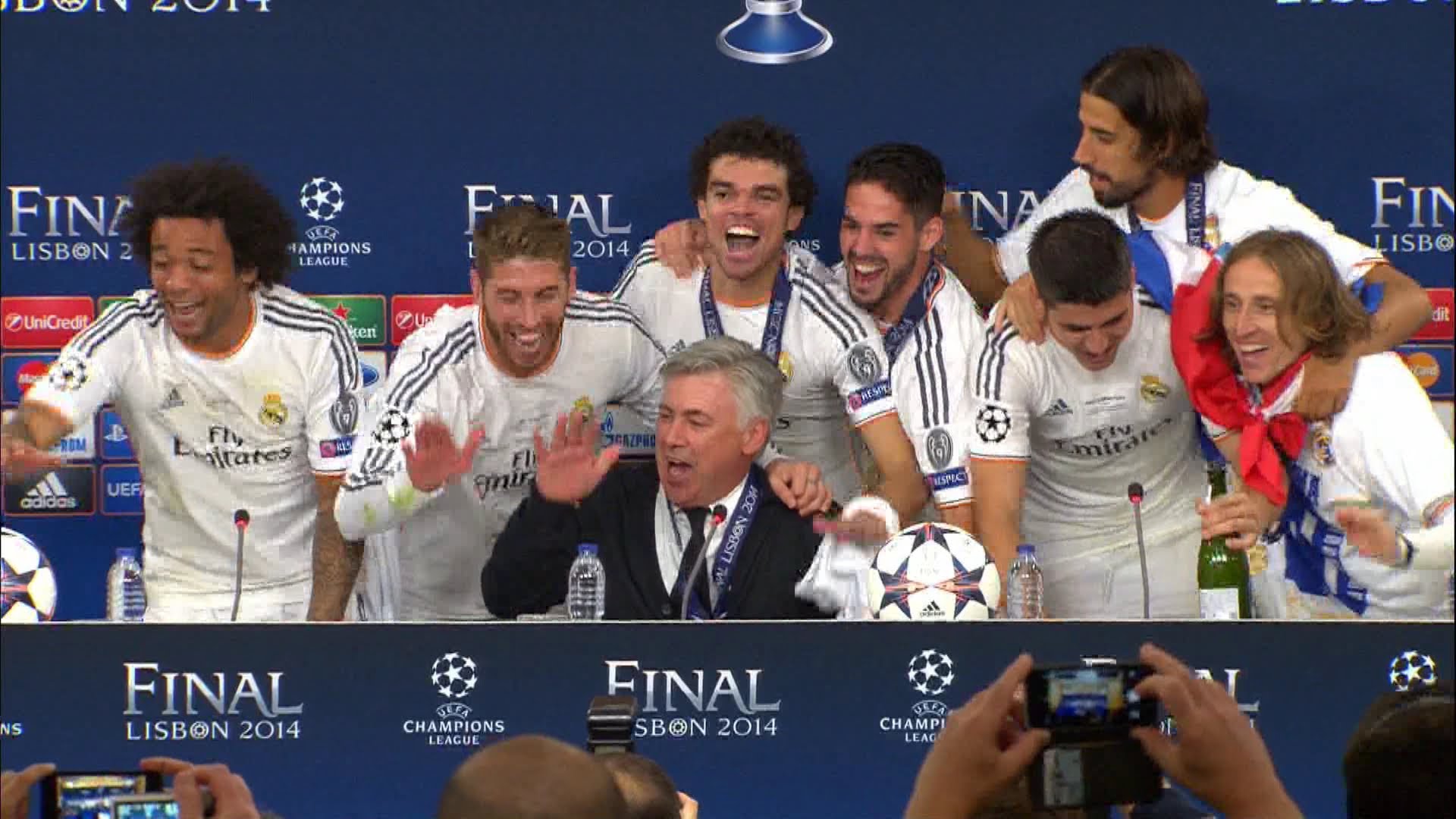 Real Madrid is one of the most hard-working teams in the industry – and we know it every time they are on the field. Of course, there are good days, and there are bad days. On the bad days, the upset players accept their loss, congratulate their opponents, and move on to chase a win in the next match. And what happens on good days? Well – celebrations, first of all! And, here’s a hilarious video where Real Madrid Players Invade Press Conference of Ancelotti!

Addressing the media is one of the most important tasks of the team manager. One slip of words, one wrong promise, one miscalculated statement about his own team of the opponent can create a huge ruckus in the media. Most of the times, we see that a press conference is a serious, solemn affair.

However, in this video, the Los Blancos boys take the celebration to the media, invading their then manager Ancelotti’s discussion with the media. What do they do there, in front of the reporters from newspapers all across the globe? And how does Ancelotti himself react? Watch the video and find it all out.