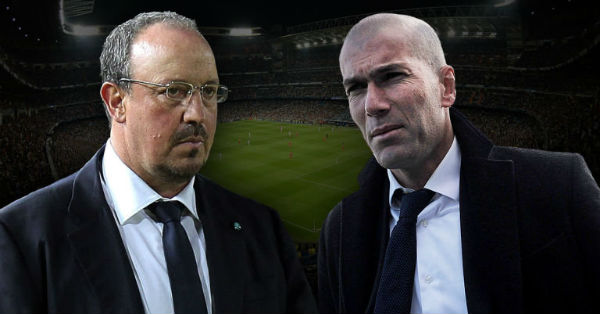 Zinedine Zidane has thought about Rafa Benítez’s chance in the Real hotseat, applauding the “cracking” begin the Spaniard has made.

Talking from Marrakech, where he was going to the last game of the Danone Nations Cup, Real Madrid B-group mentor Zidane discussed the gigantic appreciation he has for the work the previous Napoli supervisor is doing with the ‘Los Merengues’ first group. Talking only before commencement in the last of the under-12 global football competition, for whom he has been the represetative for the most recent decade, Zizou wished to maintain a strategic distance from any discussion encompassing his prompt future: “I’m living the dream right now with Castilla. We’re doing really well, and I can’t ask for anything more than that at the moment. We’ll see what the future holds, but the most important thing right now is the day-to-day management of Castilla”.

The former midfielder took the opportunity to pile praise on his players who have performed excellently in this, his second season at the helm: “I’m very proud of my players. I very rarely get the chance to speak about them, and so today is my chance to congratulate them for all of their work, we must remember that they are only young and that they work very hard”.

Zidane’s side have enrolled almost as noteworthy a begin to the crusade as their senior partners, and this current weekend’s triumph over Socuéllamos saw the capital club’s second string keep up their position in the main four. In the event that they are still there before the end of the season, this would see the first-group understudies challenge the play-offs for advancement to the Spanish second tier.