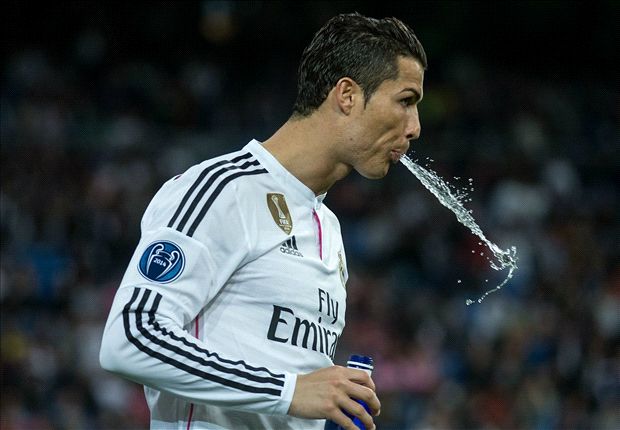 The centre-back could not resist taking a swipe at the Real Madrid forward during Sunday’s parade, saying his controversial birthday party proved to be key in Barcelona’s treble.
Gerard Pique has taken an extraordinary swipe at Cristiano Ronaldo, suggesting the Real Madrid forward’s controversial birthday party proved to be the catalyst in Barcelona’s unprecedented treble.

Ronaldo caused outrage among the Real Madrid support when he opted to go ahead with his 30th birthday celebrations hours after his side were thrashed 4-0 by Atletico Madrid in Feburary.

Colombian singer Kevin Roldan, who performed at the event, insisted afterwards that the reaction had been over the top, with fans incensed as photos of players partying were circulated on social media.

Barca went on to beat Madrid to the Primera Division title and on Saturday became the first side to win their two major domestic trophies and the Champions League on two occasions.

As the team paraded their three trophies to supporters on Sunday, Pique could not resist a swipe at his side’s bitter rivals.

“We’re here with the trophies again!” he began. “Two things: firstly, you devoured the Juve fans! The second, in 2009 I swear I never thought that we would do it again, but we have done it.

“We are the best team in the world!

“Thanks to all and thanks to Kevin Roldan, it all started with you.”

Coach Luis Enrique thanked the supporters for sticking by the team during their difficult start to 2015 and paid tribute to Xavi, who is now bound for Qatar.

“The ambition of these players has no limit,” Luis Enrique said. “You and I know it has not been an easy path, with a lot of difficulties.

“We asked for your support when things went wrong and that was what happened, you have been with us. Thank you. We keep making history and we’ll try to do it again in the future.

“Xavi is a great player but also a great person. He has always given his support to the team.”

Xavi himself added: “We have the treble! Thanks for your presence here at the stadium and in the parade … it has been amazing. Thanks to Luis Enrique, to the staff and also to the team for this season. Thanks a lot, I’ll miss you.”

Andres Iniesta, the man of the match in the 3-1 final win over Juventus, gave a special mention to his home town as well as Catalunya on the whole.

“I feel very proud to belong to this team,” he enthused. “Congratulations to the team, to the club. Visca Barca, visca Catalunya and visca Fuentealbilla.”