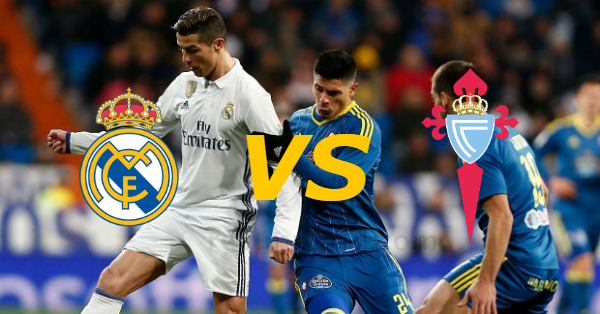 Real Madrid fell 2-1 to Celta Vigo in their Copa del Rey first-leg quarterfinal tie at the Bernabeu on Wednesday. Cristiano Ronaldo began to show up in the competition for a long time.

In any case, Zinedine Zidane’s side aiming to bounce back once again from a sensational late misfortune at Sevilla. A match that ended their Spanish record unbeaten run – were not able to discover a way a route through before the interim.

Cristiano Ronaldo playing as Madrid’s attacking point but he was still looking for his best form. Marco Asensio was getting a charge out of an uncommon start for the La Liga pioneers. Be that as it may, an early second-half knot with Facundo Roncaglia saw him land awkwardly and seemed to abandon him with an injured shoulder.

It implied a 53rd-minute display for Alvaro Morata, who practically had a telling effect five minutes after the fact. As Toni Kroos chose in the territory to impact only over with Alvarez attached to the spot.

At the point when the breakthrough arrived, it fell Celta’s direction, Iago Aspas’ fifteenth goal of the season starting an insane six-minute time span.

Marcelo’s awesome volley leveled in the match against Celta Vigo. In any case, an astounding time of play proceeded when Celta re-set up their lead 58 seconds after the fact – Vazquez guilty of surrendering possession to Aspas, who played through Jonny to coolly space home.

Zidane tossed on striker Karim Benzema for defender Danilo with 10 minutes to play. And Marcelo practically had a moment when another scratching strike avoided wide.

Varane looked barely off target from the subsequent corner. Furthermore, Benzema spurned a sublime opening from the close range. Which means Celta will gloat a well deserved favorable position when the sides reconvene at Balaidos one week from now.