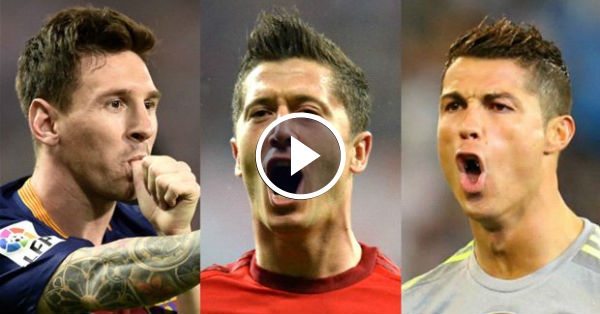 Since joining  Bayern Munich during the summer transfer window,Brazilian International is in red-hot form. Duda Kroeff, who is the former president of  Gremio, where  Douglas Costa was playing before coming to Europe,  has hailed attitude of Bayern Munich star.

Here goes the performance of Douglas Coasta in 2015:

Duda Kroeff is convinced that Douglas Costa has it what it takes to be best player in the World, and explained he has ability to  match Cristiano Ronaldo and Leo Messi, Former  Gremio president feels if Douglas Costa realized and utilized his potential, he can dominate the World of football for years to come. He applauded the decision of his compatriot to join Bundesliga Champions, and feels that Pep Guardiola can make him the best player in the World same ace Barcelona star Lionel Messi Douglas Costa joined Bayern Munich from Shakhtar Donetsk, in this season he has provided 14 assists and has scored 5 goals in all competition so far this season and has been vital asset for the German Champions.

Duda Kroeff was the president of the Gremio, when Douglas Costa made the breakthrough from the youth ranks of the Brazilian club.  Kroeff  stated that  he can feel the influence of  Pep Guardiola on former Shakhtar Donetsk man, and think ex Barcelona boss has improved him technically and the way he sets up the team it suits  Costa. “They are both doing each other much good.

“At Bayern the football played is football for him. The influence of Pep is very great, no doubt.

“He will improve even further. He is not a superstar like Messi or Ronaldo but he can get at them.”